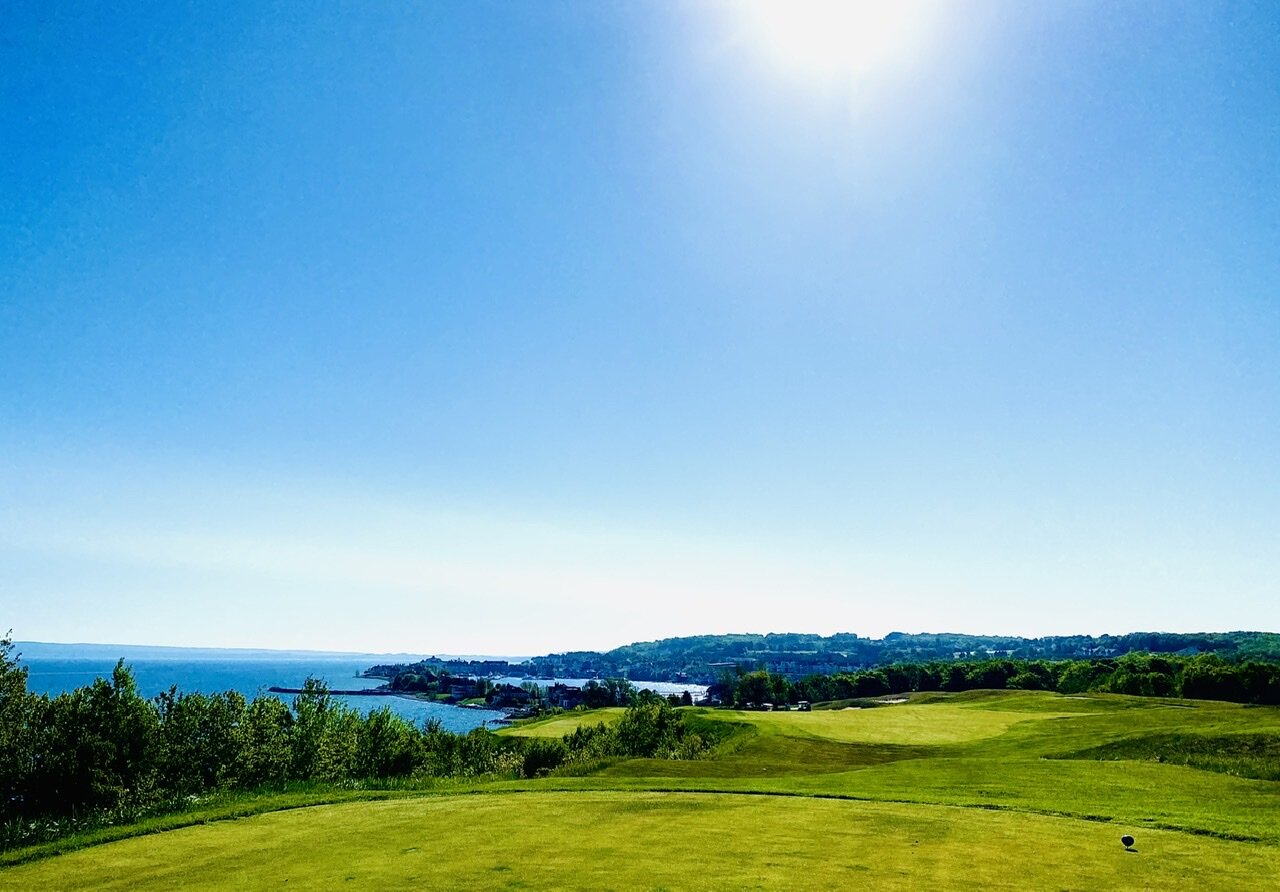 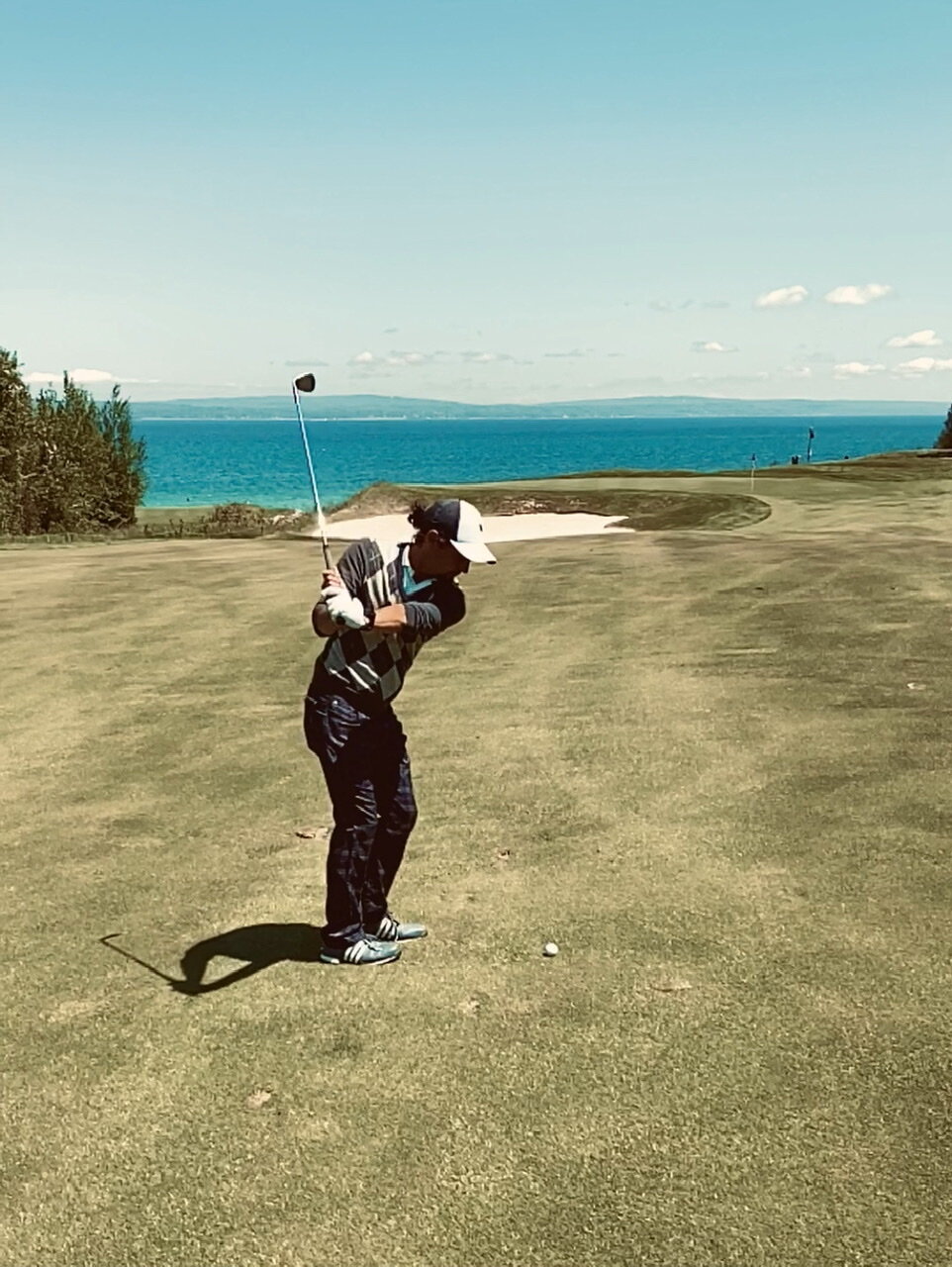 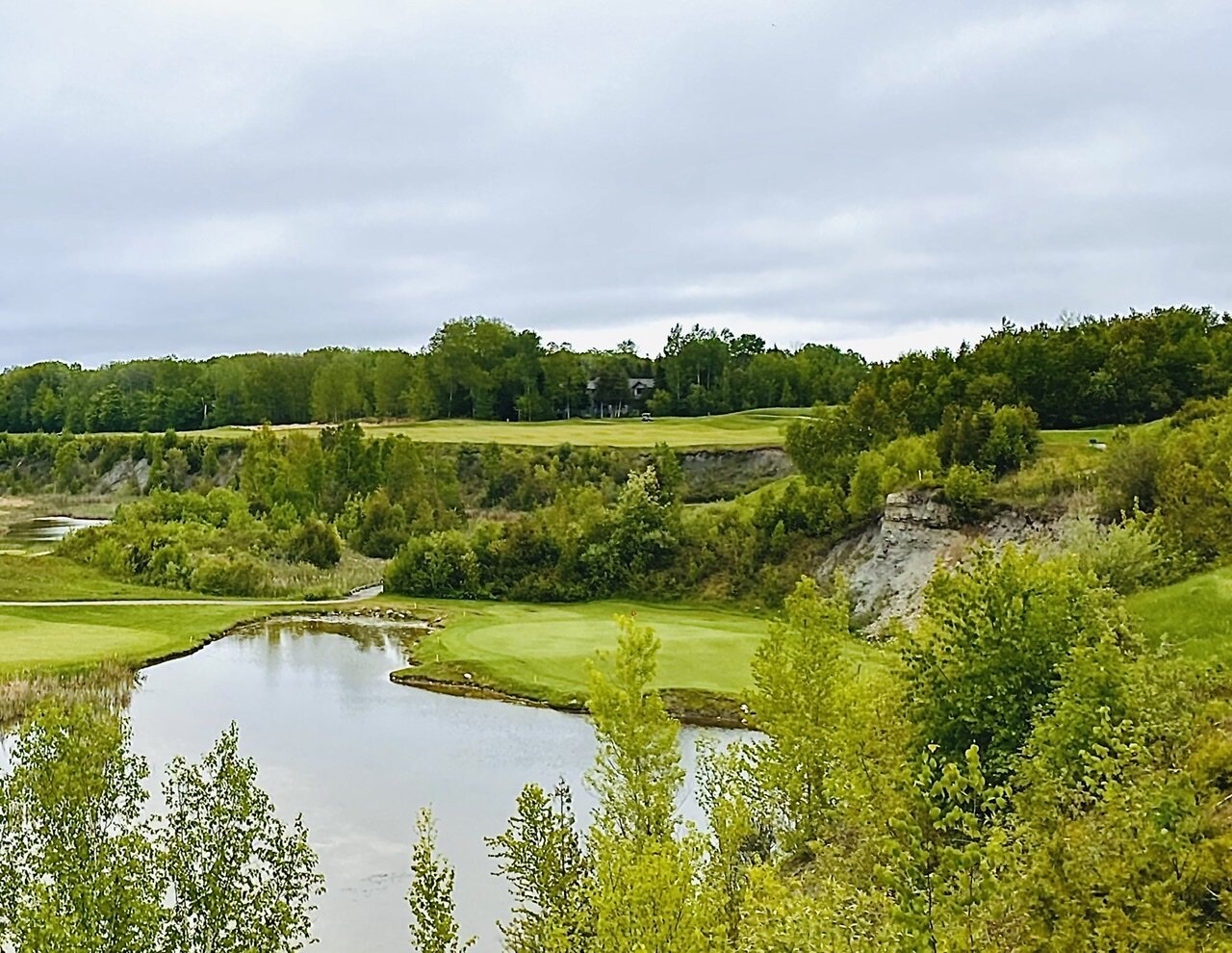 If you are a serious golfer in the state of Michigan there is a long standing debate over the King of public golf. Every perennial list will undoubtedly feature Arcadia Bluffs and Bay Harbor. Both are stunning-hillside rolling-loaded to the teeth with views-and pricey courses. Though, most debates typically give the nod to The Bluffs. Arcadia has been at the top of my stateside golf rankings since I first played it 5 years ago; and up until this past summer I have never been able to engage in the age-old debate about which course is better.

It’s a good problem to have - to compare two of the best courses, not just in the state, but in the country. How do you nitpick details of two courses that you could play 100 times and not get bored; while routed on two of best golf properties this side of the Atlantic. Our yearly buddies trip - The Goat Rodeo Open - deceided to follow up our Arcadia trip from last year with a trip to Boyne Highlands and Bay Harbor in 2020. (For an actual comparison we will have a separate post discussing the two courses in the vacuum of the debate blog.)

Ask anyone who’s played all 27 holes at The Inn at Bay Harbor and 95% will say Links/Quarry are the 18 that are the must play. Their third course, the Prairie course, is inland, much less dramatic, and will remain on my list of courses to play, but is not included in this review. Right off the bat - Links and Quarry is ESSENTIAL playing for golfers of all skill levels. Located just west of downtown Peotosky, Michigan and perched above scenic Lake Michigan, The Inn at Bay Harbor oozes class from the moment you pull into the complex - greeted by a security guard that lets you into the facility, until you step off of the last green. Despite COVID putting a damper on the experience, the golf remained as pure as I had hoped, and then some.

The Links 9 winds its way in a figure 8 out across the elevated cliffs of Lake Michigan and back inland towards the clubhouse. It opens with a very dramatic first few holes right along the water. Massive downhill tee shots afford players feel the thrill of hitting longer drives than they might at their local muni back home. We played in a fourman scramble that day so I probably hit some more aggressive drives than I normally would, but they were monsters. The back-to-back gems of the downhill snaking par 4 4th and the short, but VERY intimidating, par 3 5th are just epic golf holes. The greens on the property are often multi-tiered and fast as glass the day we played. The only detractor on the Links was the “under-construction” waste area on #5 which bisects the fairway. It ultimately will have overtones of a Pine Valley waste area, but it was clearly in the process of being developed that week and made me feel like I was playing a local Detroit course that had flood damage. Our group also benefited from the wind picking up midway through the front, which felt like being across the pond seaside in Ireland hitting stingers back into a 3 club wind as we put our sweaters back on. The front finishes with a long downhill par 3 and a gettable par 5 that would feel right at home at Forest Dunes.

The Quarry 9 is routed through the west side of the property and begins, rather benignly, with a risk-reward short par 4 and a typical Northern Michigan gauntlet par 3 in the woods. Both are fun and challenging holes, however the real identity of the course is revealed from the 3rd hole to the 9th. The Quarry course is routed through an old mining site that has been repurposed perfectly. Blind shots, huge elevation changes, rock formations that hulk over greens, sweeping doglegs that allow the hero shot but give plenty of fair room for bailout, it is pure fun from tee to green. I can honestly say there is no stretch of golf that I have played that rivals the unique aesthetics of #3-#7 as it winds its way from the top of the quarry to the bottom and back up again. The Quarry 9 climaxes with the approach to 7 and back along the coast to 9, which are the only holes that feel as though they fit more into the Links than the Quarry. #8, a downhill par three over a creek with the vista of Lake Michigan in the background rivals any par 3 I have played. If you weren’t surrounded by multi-million dollar homes you would swear you were playing in Ireland or Scotland. The only letdown for the Quarry for me was, that although the approach into 9 is beautifully framed with the clubhouse patio on the right and the beach on the left, the tee shot is blind and too short to let one final drive rip without getting into trouble. Its like finding a microscopic scratch in an otherwise gorgeous diamond. It just feels like a quick comedown from the last 17 holes. Not to get back into it, but the approach into 18 as your group sits on the patio talking smack, or cheering, does remind me of that feeling of walking up the green at Arcadia with the gallery waiting.

Overall, The Inn at Bay Harbor lived up to all the hype and then some. It clearly deserves to be in the conversation for best in the state and would be a shame for any golfer to miss if you are in that part of Michigan. Its one of the few courses that a spouse would even be thrilled to ride along just for the views and to snap some shots while making fun of your swing.

Clubhouse is gorgeous; Probably 15/18 holes are postcard worthy and well designed; Immaculate condition; left immediately wanting to re-tee it back on 1; Starter, pro-shop staff, and cart girl were all very hospitable; Some of the most interesting greens I’ve played.

Rangers were extremely harsh with one of our groups forcing them to skip a hole; price of playing when not included in a package is very high and makes it tough to justify playing often.

Absolute MUST play for any serious golfer with some cash to throw around as it is one cheap by any means.

Approach in the green on Quarry #5 - 495y Par 5 with water to carry off the tee and again into the stone wall surrounded green. Lowest point within the Quarry.

Approach into the 406y par 4 7th on the Quarry. Intimidating tee shot leaves a lot less club than it seems. Wedge in to 3’ for back-to-back birdies for the team.