The Gulf of Morfontaine was created on October 15, 1913 by Armand de Gramont, Duke of Guiche.

At the age of 34, he obtained permission from his father to have his friends draw a 9-hole course (Vallière), on a former polo field in Parc de Vallière, by the great golf architect Tom Simpson which he shared the taste of the natural landscape and the sense of aesthetics.

Tom Simpson quickly became a huge success; he designed or modified many great courses, including the most famous: Muirfield, Ballybunion, Cruden Bay, New Zealand Golf Club ... His work as an architect is still school today.

He again entrusted Tom Simpson with the drawing of the 18-hole "Grand Parcours" which was inaugurated on 9 October by Simone Thion de la Chaume.

On March 1, 1987, Morfontaine became the property of its members. From 2005 to 2016, under the impetus of the committee, the architect Kyle Phillips modernized the course while preserving the uniqueness wanted by Tom Simpson. In 2015, Morfontaine was ranked 20 th in Top 100 Golf Course in the world by Golf Digest 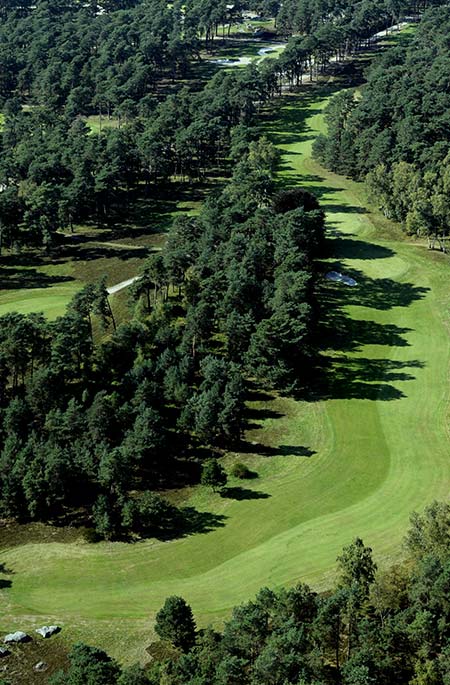