Hudson National Golf Club is one of the premier private golf clubs in New York State. Modern construction technology was applied to tame a historic site which architect Tom Fazio has described as "previously unworkable." The end result, however, is a traditional golf course that blends so seamlessly into the land, you''re simply transformed to an earlier time and place.

With its high elevation overlooking the majestic Hudson River in Westchester County, Fazio had a spectacular canvas to work with. The land offered the Fazio team the opportunity to create a new club that would have the potential to take its place alongside the Metropolitan area''s vaunted venues. After blasting 130,000 cubic yards of rock, the 260-acre site was prepared for the routing of golf holes.

The golf course, which opened in June of 1996, is a throwback to golf''s Golden Era, considering the history of the property.

The Kitchawank Indians once occupied the land comprising Hudson National in 1609 when Henry Hudson first sailed the river destined to bear his name. During the Revolutionary War, General George Washington and his troops also took advantage of the site''s commanding views to monitor the British Fleet making its way up the Hudson from New York City.

As one of the best golf courses in New York, Hudson National has an impeccable view of the Hudson River. Fazio utilized the ruins of a lost clubhouse as a signature feature of the property, routing the fourth hole right alongside them as a "historical reminder" of a bygone era. The 9-hole Hessian Hills clubhouse fell victim to a "successful" fire in the 1930s, following the stock market crash and the onset of The Depression.

The Clubhouse, an English stone manor house built in 1911, is a four-story structure that was home to the Larkin family. Following its renovation, the clubhouse grew to 22,500 square feet and is situated at the widest point of the Hudson River with spellbinding 200-degree views from the east side.

An atmosphere of tradition and rustic elegance is evident throughout. Members and guests are provided with a private refuge from their busy professional lives, and are offered the finest in food and service. 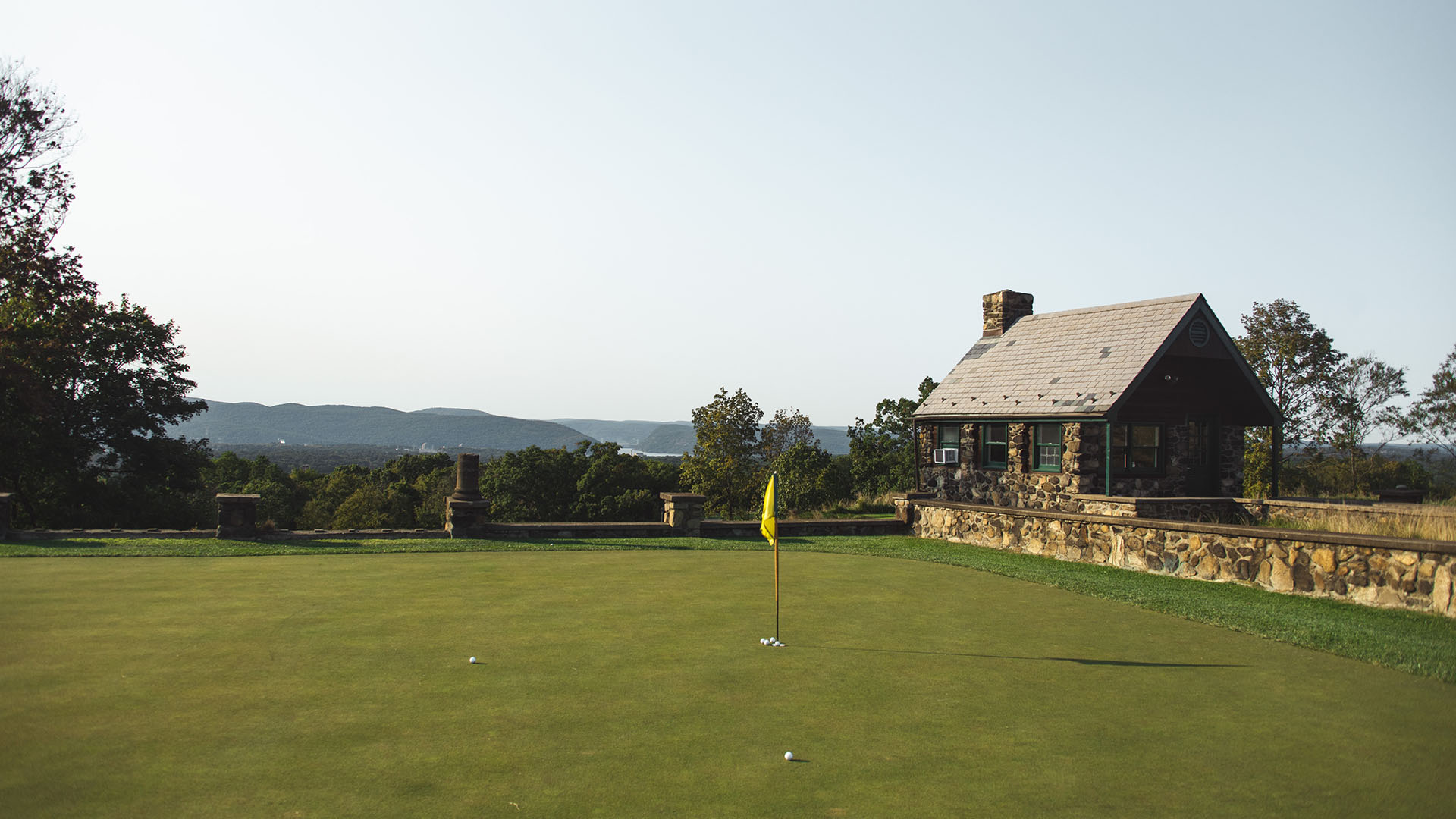 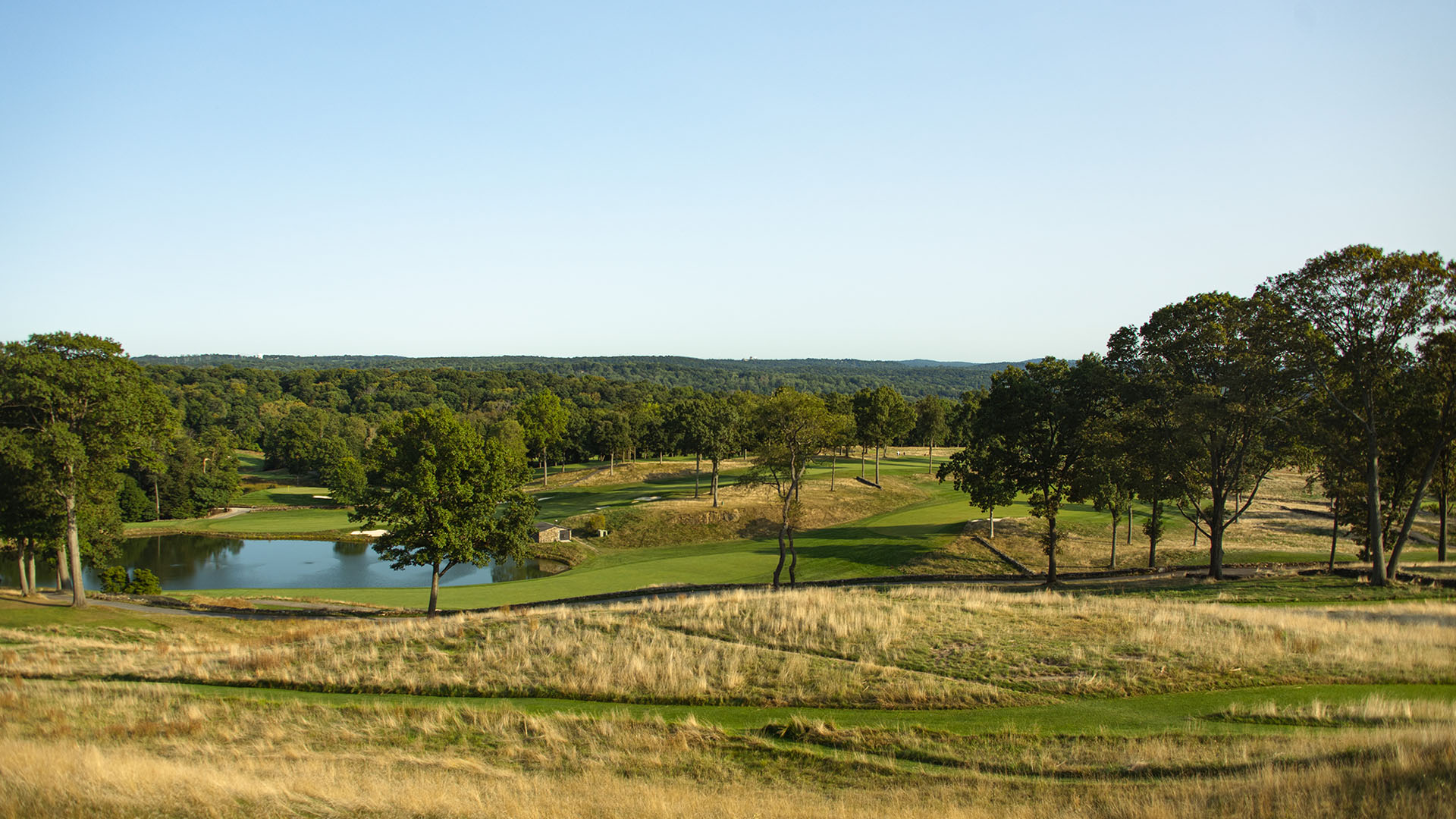 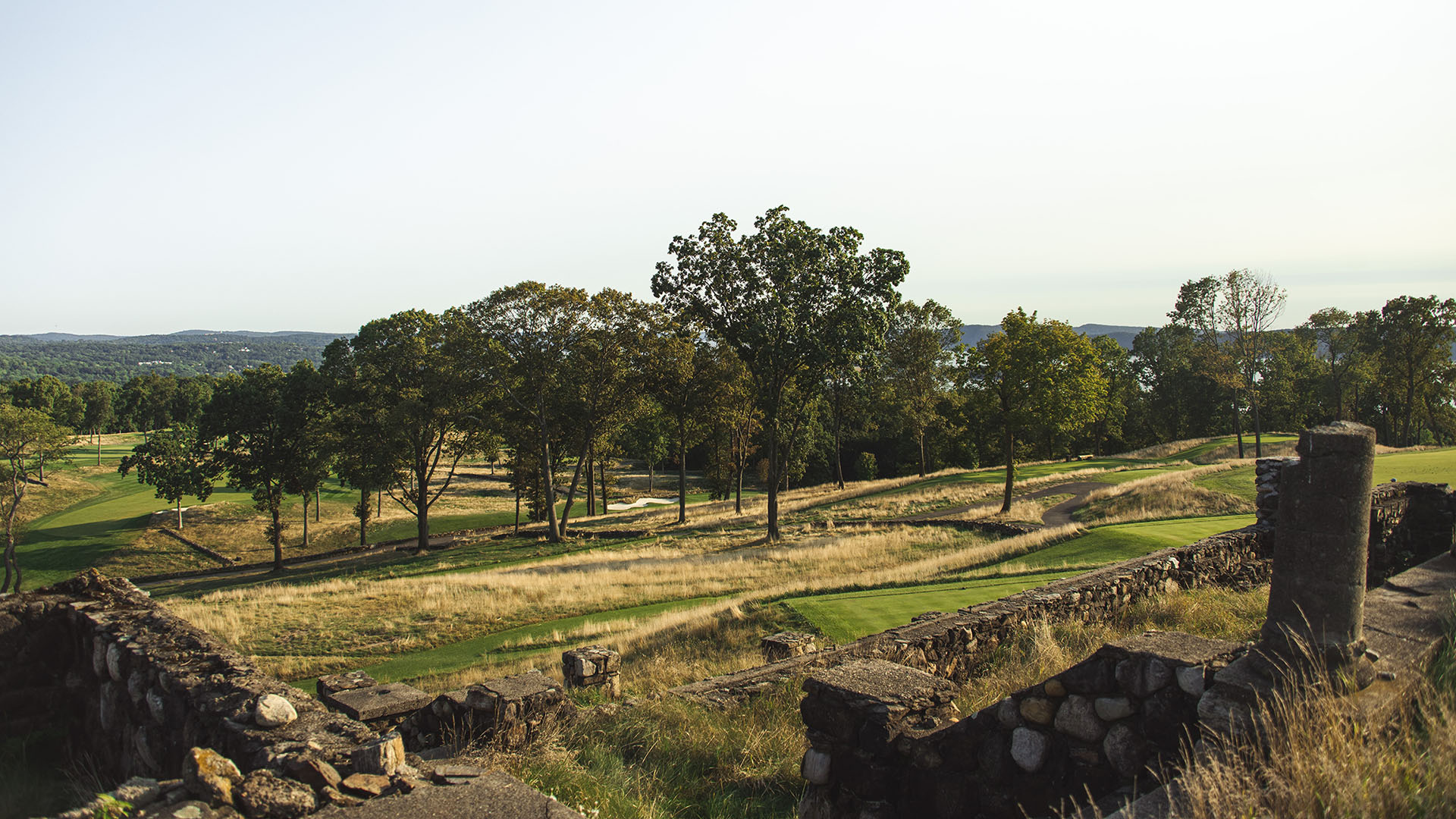 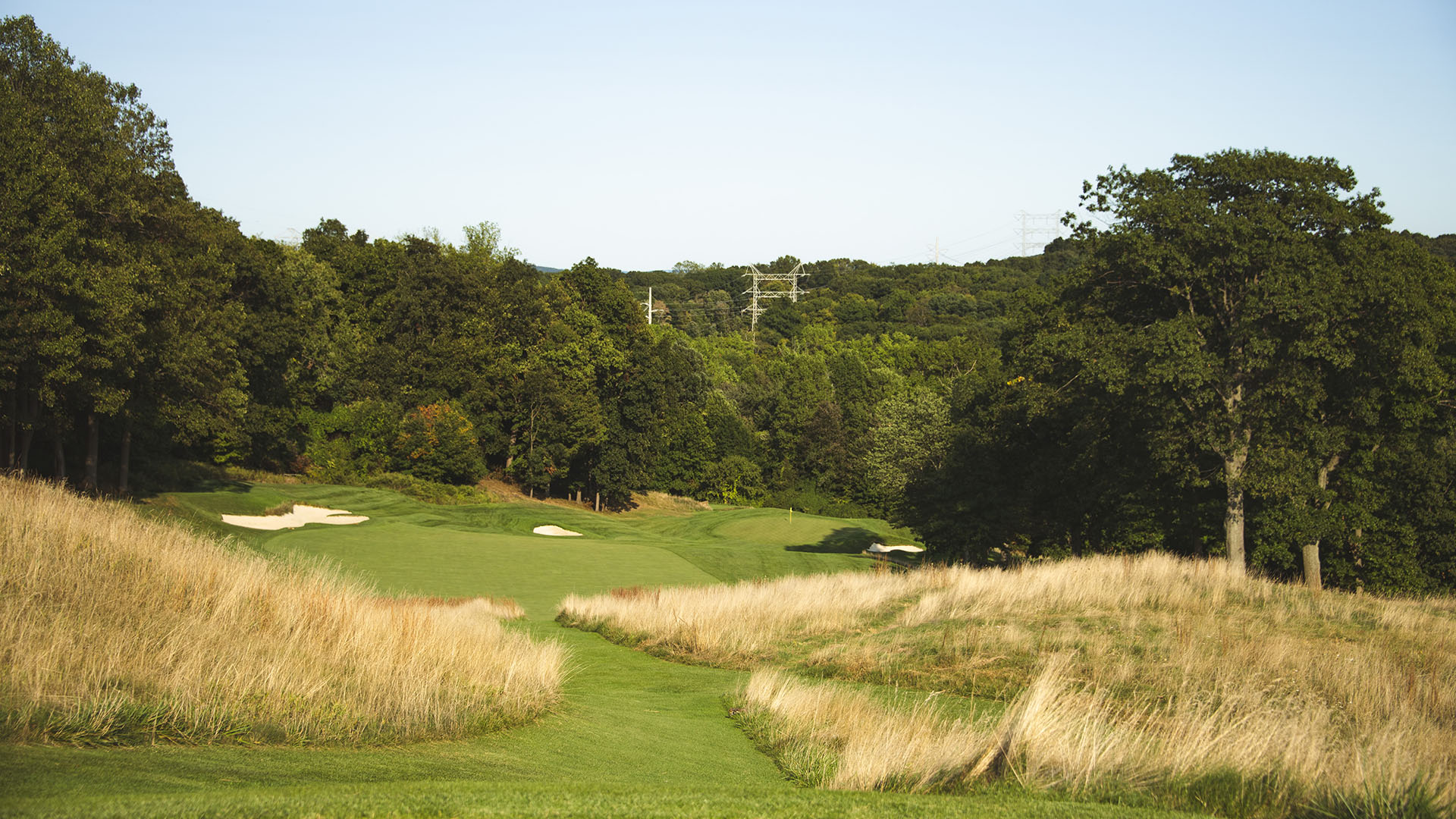