In 1898 the Couturbier Golf Course was the only golf course in Piedmont , when there were only two in Italy.
It is in fact mentioned in some books of which a copy is also kept in Italy. He had been strongly supported by Count Gaspar Voli who, also famous for his frequent trips to Scotland, had managed to involve his neighbor, Count Avogadro di Collobiano , in his passion for golf , to the point of building a nine-hole course on his estate .

The field of which Gaspar Voli was Secretary, as can be read in the old "Golf Game Manual in Italy", was 2000 yards long and par 36. It was frequented by the Savoys who went to Conturbia County for fox hunting. and, as documented by the photographs of the time, gentlemen with large mustaches and ladies with long white dresses and pretty hats played there.

Among other news we read; "The Course is located on a perfectly suitable terrain for golf. The moor is insurmountable, this is always the desire of real players. This course extends over a large and vast meadow full of pleasant undulations and narrow valleys. The tour is open , the well directed ball is easily found, but the inaccurate shots are punished by the heather and the broom. Couturbier's Course will become perhaps the most pleasant in Italy ".

The field, between alternating events, operates until around 1963 when, no longer open to the public but strictly private, it fell into abandonment.

Then it's recent history: In 1984 it was re-founded for the third time with the name of Golf Club Castelconturbia and affiliated to the FIG. The driving range, with the three practice holes attached, was inaugurated in 1986 and then, one by one, the three courses until the opening of all 27 holes in September 1987.

The modern 27-hole course , designed and built by Robert Trent Jones Sr, was built on an area of over one million square meters , including and expanding the area of the existing 9 holes, in an ideal area among old trees, streams, ponds and slight undulations of the land, to give shape, according to the architect himself, to one of his most successful fields that harmoniously integrates into the splendid and intact rural environment, against the backdrop of the Monte Rosa massif.

The Castelconturbia golf course is located in the County of Conturbia, near the seventeenth century castle, upstream of the Ticino, where the waters of Lake Maggiore gradually become river, in a splendid setting of intact nature.

The modern route has been ranked among the top 10 camps in continental Europe and since 1987 and for all subsequent years the Club has been given the coveted recognition with which the best fields of Italy are rewarded until reaching in 2003 the best field qualification .

It has twice hosted the Italian Open (1991 and 1998) and the course record, 66 shots, is held by Josè Maria Olazabal and Costantino Rocca. 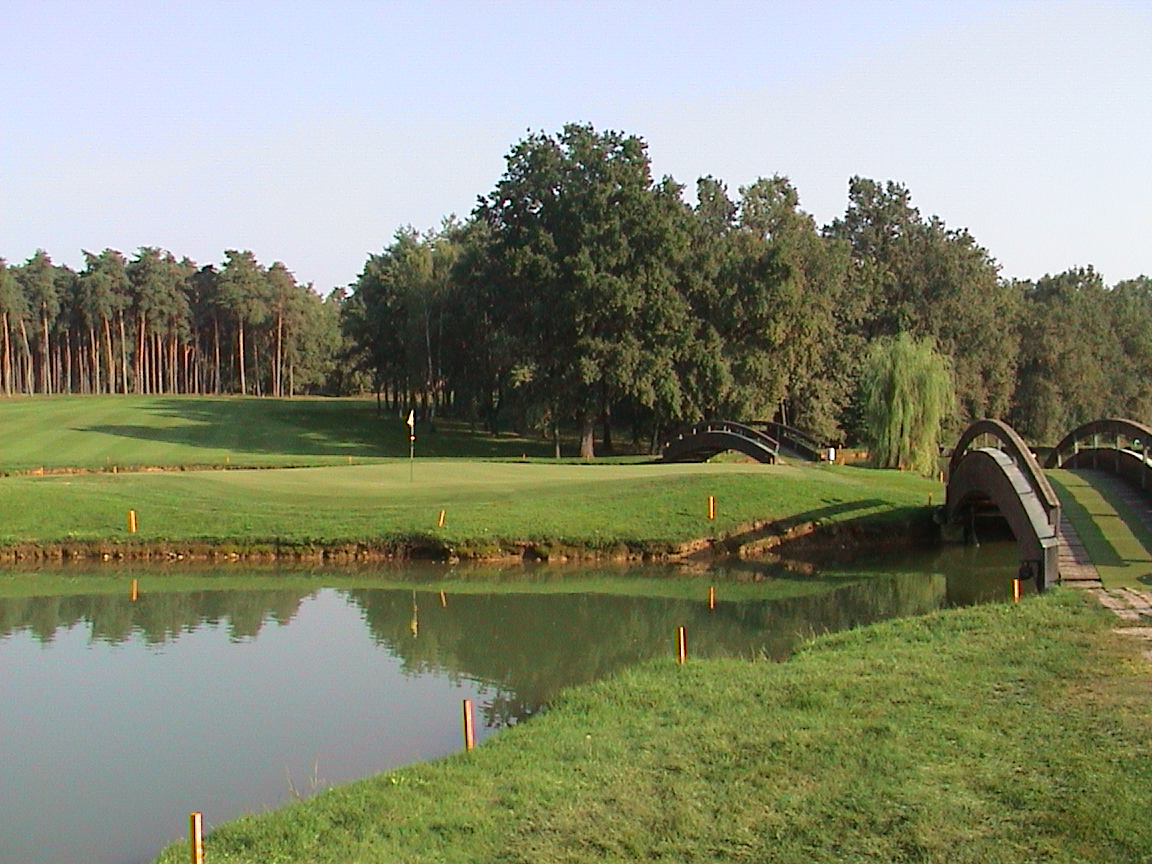 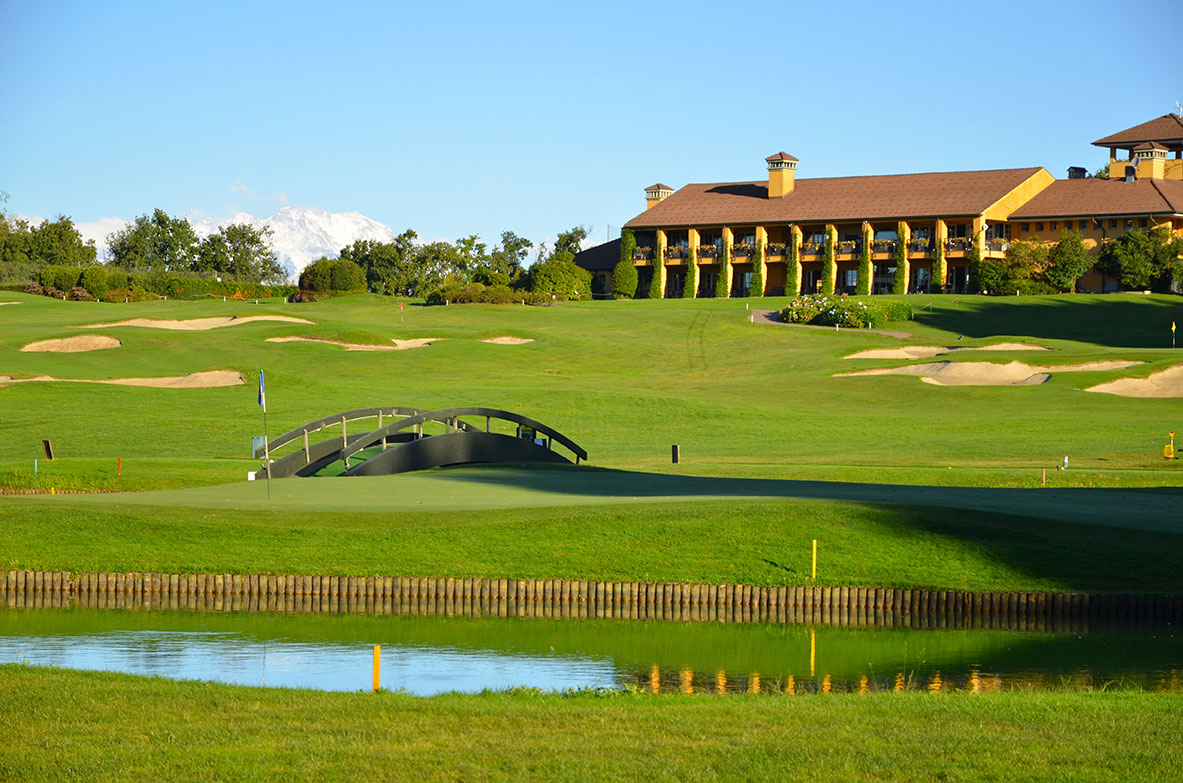 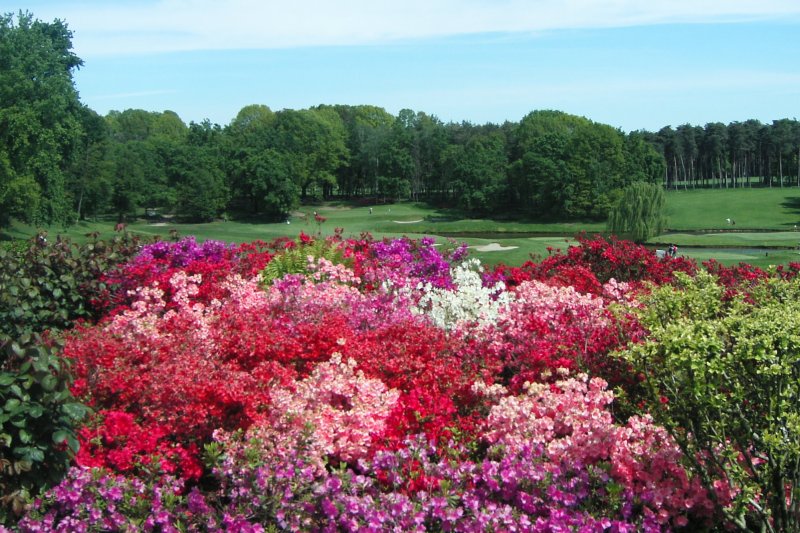 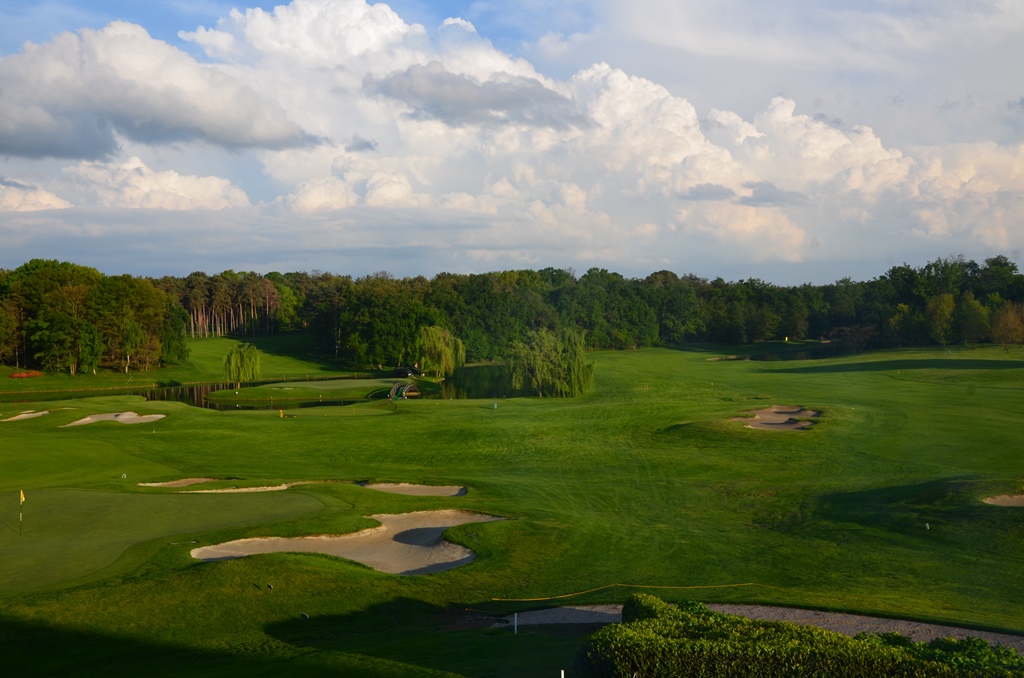