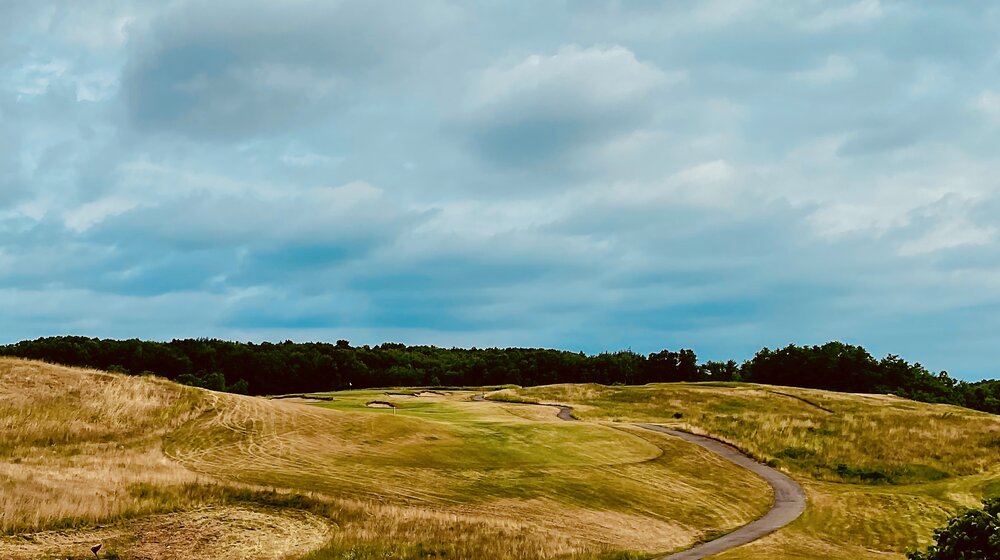 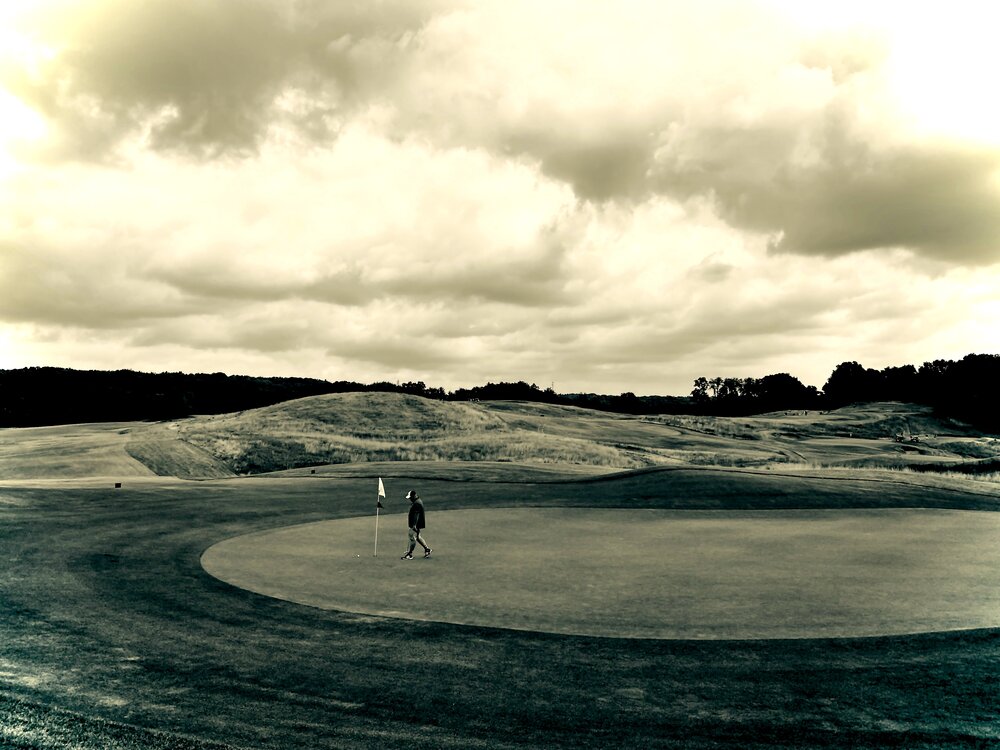 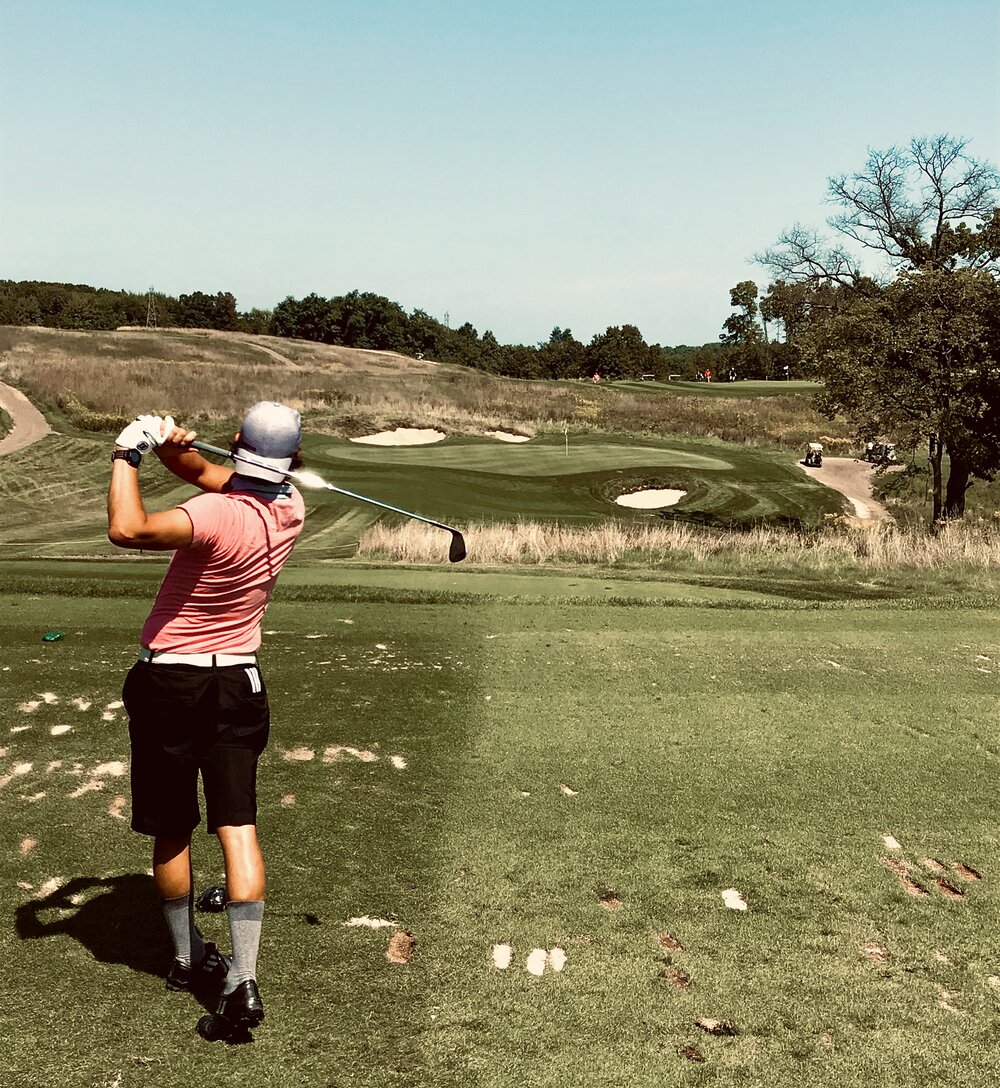 Gull Lake Golf Resort, just outside of Battle Creek, Michigan has held a special place in my golfing heart. In 2011, our group of golfing buddies decided we would start an annual trip called The Goat Rodeo Open. In its first year we chose Gull Lake for the price and massive grouping of courses that you could choose from. Their crown jewel course was Yarrow ; a gorgeous and demanding routing through the woods, over water, and through hilly dunes.

We played two rounds on the course -  and every year we talked about going back. A few years later, the course closed for good, and with it, my dream of replaying Gull Lake for another Open. So when I heard that Renaissance Golf Design and a group of eager underlings of Tom Doak were planning a new course just down the road and that it would be apart of the Gull Lake family I got a little more than excited than a grown man should.

...Show or hide depending on guestblog?

Stoatin Brae opened in mid-2016 to a heap of praise, mostly just in the Michigan golf community. It was one the first courses with this top level pedigree of architects to open in the state since the recession of 2008 had submarined course development and openings. I obsessively read about ground breaking, hole designs, interviews with club owners and the RGD team. I was thirsty for a new course that would be within a 2 hour drive of Metro Detroit. When it finally did open everything I read and watched just bolstered my excitement:

Slessor and I finally got out there to check it out Labor Day of 2018 and were blown away. Everything that I had read was true - yes, drives really do run out an extra 30-40 yards if you hit them well - yes, its that easy to 4 putt if you are on the wrong side of the hole - yes, its fair and playable - and yes, the stretch of holes 10-16 is one of the best in the state. But the course was still in its infancy and we knew that it had a little ways to go to mature, but the potential was through the roof.

Just a 9i into the short but heavily protected par 3 14th. Not many places to bail out  . 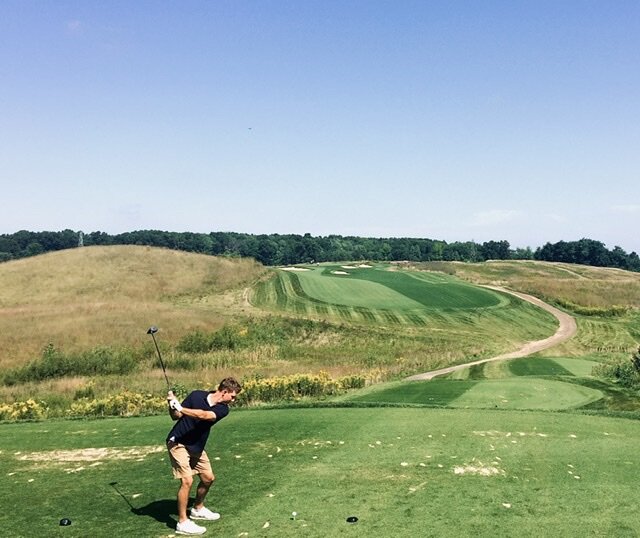 Slessor teeing off on the par 4 10th. Strategically placed midline fairway bunker gives you something to consider off the tee.

I returned in June of 2020 with my dad, uncle, and Brad to take it on again, this time from the tips to see if it became a different course, one that still rolled true and remained as fair and fun. Neither Brad nor I hit the ball especially far, we aren’t winning any long drive competitions, but we can get ahold of an occasional 285y bomb every now and then if the wind is with us. With the linksy dry fairways we were routinely hitting 300y drives and watching them run forever. The fun factor was through the roof. There were a LOT of “Holy Shit!”s during the round. I would compare it to Arcadia South or The Loop at Forest Dunes in that respect. There are few courses that allow players the experience to play the shots that we played around the course during that round. There are plenty of green side knolls and rolling mounds that redirect the ball around the greens, sometimes for the best - and sometimes to your score’s detriment. But rarely did an outcome upset us.  It was rarely, “Ok, I‘ve got 162y in. I’m going to hit 7i at the pin and have a putt.” It was much more of bouncing shots in, using the terrain, or running shots up.

The stretch in the middle of the course -  just after your round of drinks in the Hobbit-hole-esque halfway house - is a funhouse of golf. The closet comparison is The Kingsley Club with its firm and cascading fairways that look like someone took a blanket of bent grass and rumpled it over the earth. It was one of the few areas of the course that did not need a lot of earth moved during the project.

I have a tendency to talk courses up at times and I’m sure I have to most of the guys in this group, but I really believe that this course lives up to my oft-hyperbolic golf course review. If you can get there and play a round, have a drink at the Blue Stem restaurant on the patio, play from the tips, or from the forward tees, who cares. We need more courses like Stoatin Brae - ones that crank the fun factor up to 11 and remind you of why you started golfing to begin with.

Clubhouse patio has a great view of Calhoun County; greens are fast, but clean and fair; Playability from any tee; Pure enjoyment from tee to green; All the par 4s are all standouts; Ranger and staff were super friendly; Diversity of shot shapes and clubs needed throughout the round were a bonus.

Really just nitpicking aesthetics - having power lines as a backdrop on #10 and #12. Putting green is almost non-existent; no other real negatives.

The Kingsley Club; Arcadia South; The Loop; The Old Course at Indianwood

343y Par 4 8th hole - standout on the front as the tee shot gives you a choice cover the fairway bunker with a driver, but leaves you with an awkward wedge; or you can lay back off the tee for a full iron in. The green is full-stop evil and runs off in all directions, birdie and bogey are both equally as likely.

Highly recommended, especially if staying at Gull Lake. Its worth the add on or the drive just to play it independently.