Prairie Dunes is an American original and one of the most scenic courses anywhere. You could never mistake photographs of it for any other American course, although it has been confused with the very best of the British Isles. The center of the United States might be the last place one would expect to find a links-style course with rolling hills reminiscent of the seaside courses in Scotland. But that's just part of what makes Prairie Dunes a Kansas treasure and unique opportunity for golfers worldwide. Emerson Carey, founder of Carey Salt Company, was an avid golfer and had traveled the world with his family, playing top ranked courses in the early 1900s including Scotland in the 1920s. Carey and his four sons became a staple in the Hutchinson golf community, contributing to the development of several courses in the area.

In 1935 the Carey family commissioned architectural genius Perry Maxwell (Southern Hills, Colonial Country Club, redesign of Pine Valley and Augusta National) to design a masterpiece. Thus, the idea of Prairie Dunes was born. Maxwell’s response to the 480 acre canvas for his masterpiece, “There are 118 holes here, and all I have to do is eliminate 100”. Thus, construction began on Prairie Dunes. The course was molded from the Kansas land using 18 horses and mules, Fresno scrapers and wheelbarrows. The only mechanized equipment used were Model T and Model A Fords used to bring the workers to the site. Greens and fairways came to life by teams dragging plows and scoops, while roots of native grass and weeds were removed by hand-one wheelbarrowful at a time. In true Kansas fashion, a tornado swept across the site, forcing men into a bunker for protection. Despite the elements, Prairie Dunes opened the first 9 holes on September 13, 1937. Twenty years later in 1957, The Dunes opened the second 9 holes, designed by Perry Maxwell’s son, Press. 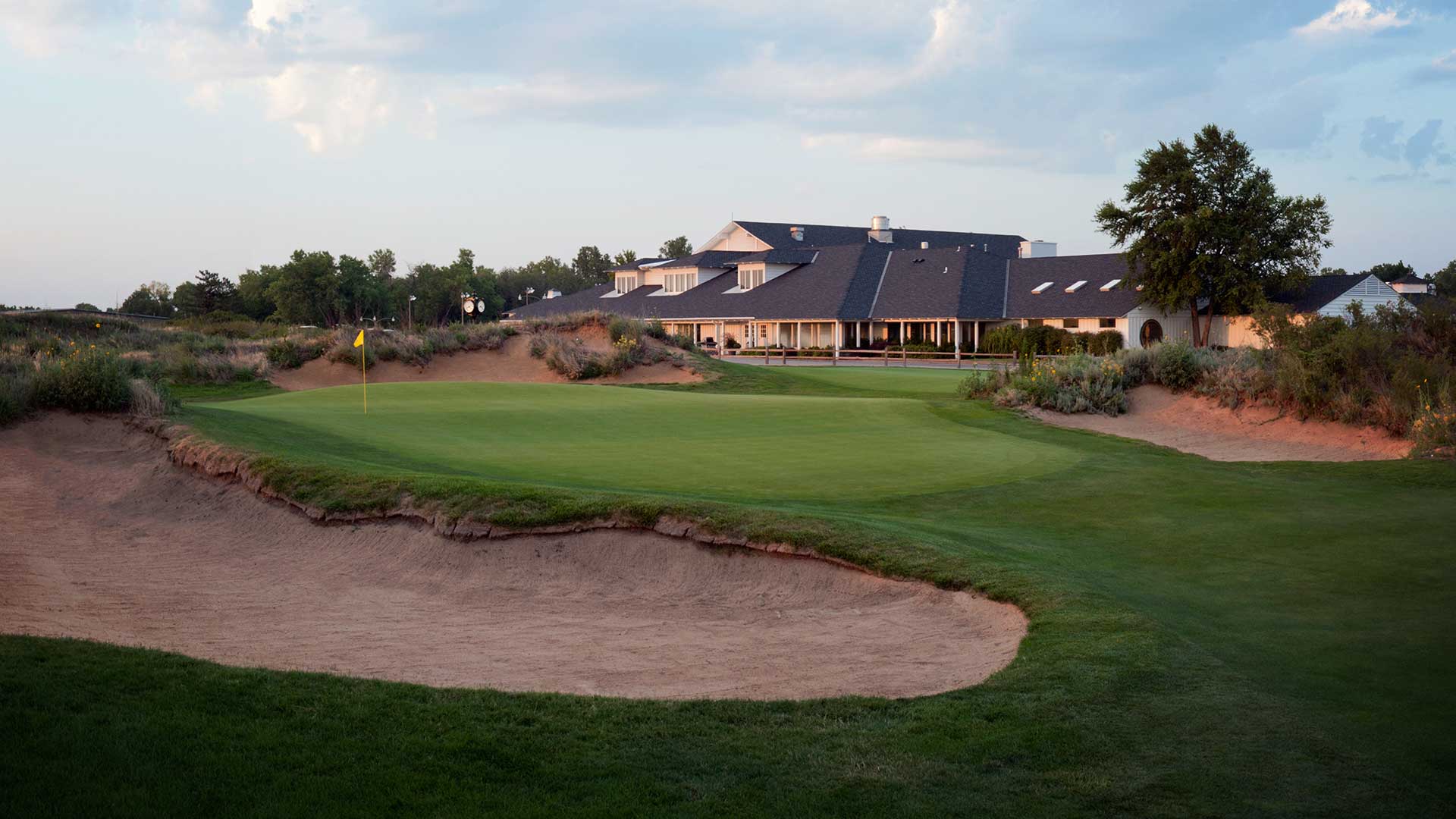 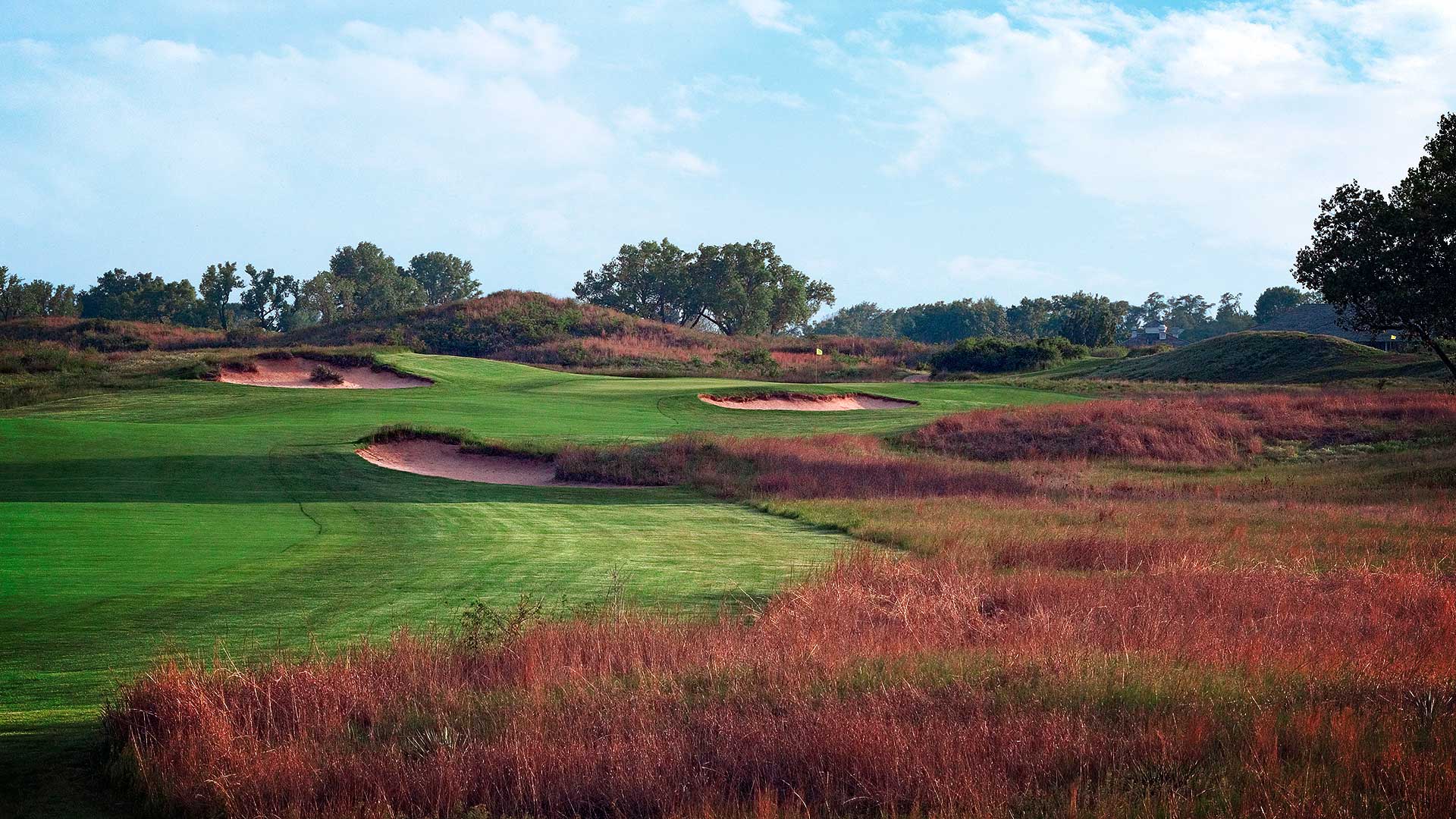 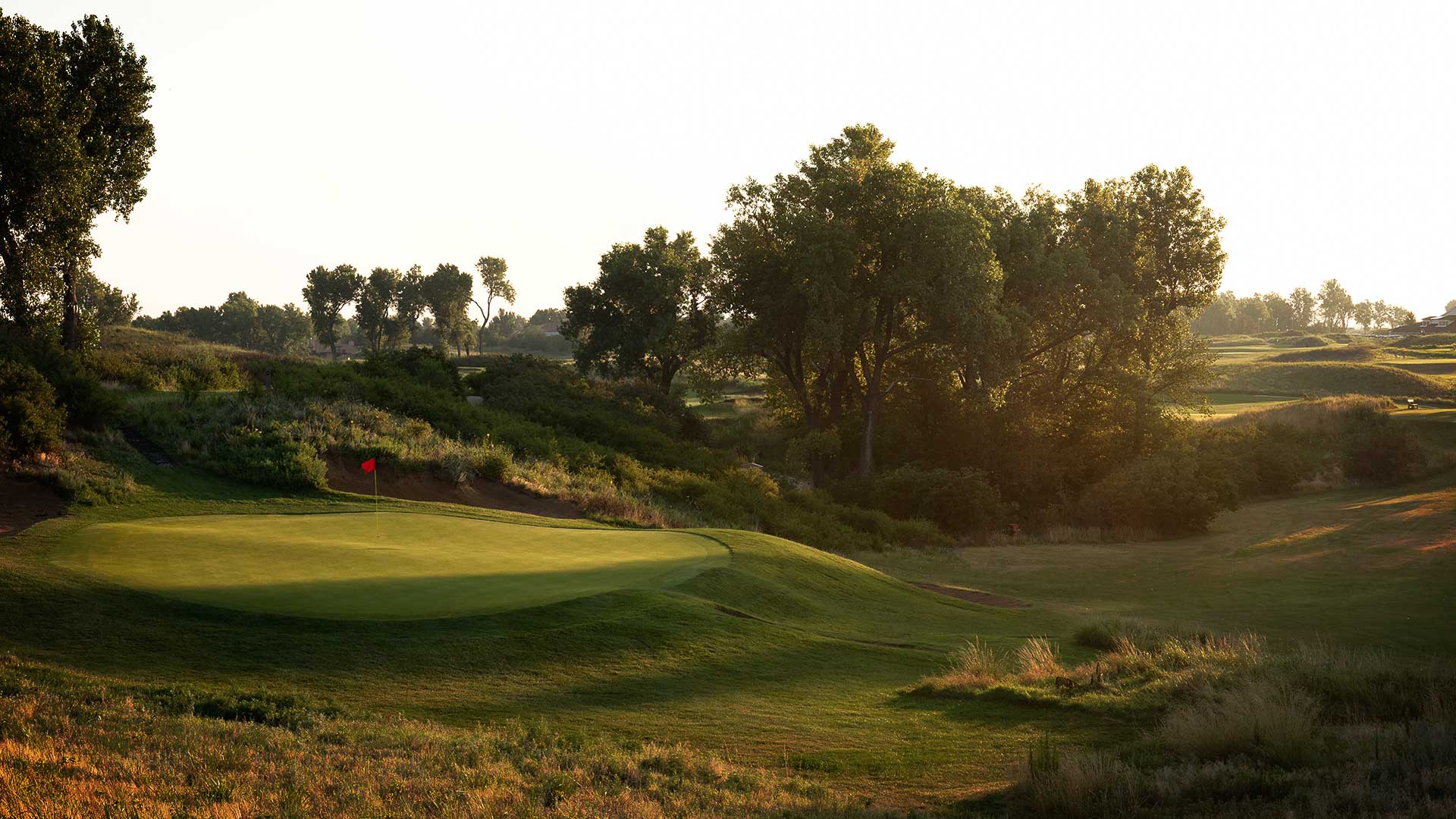 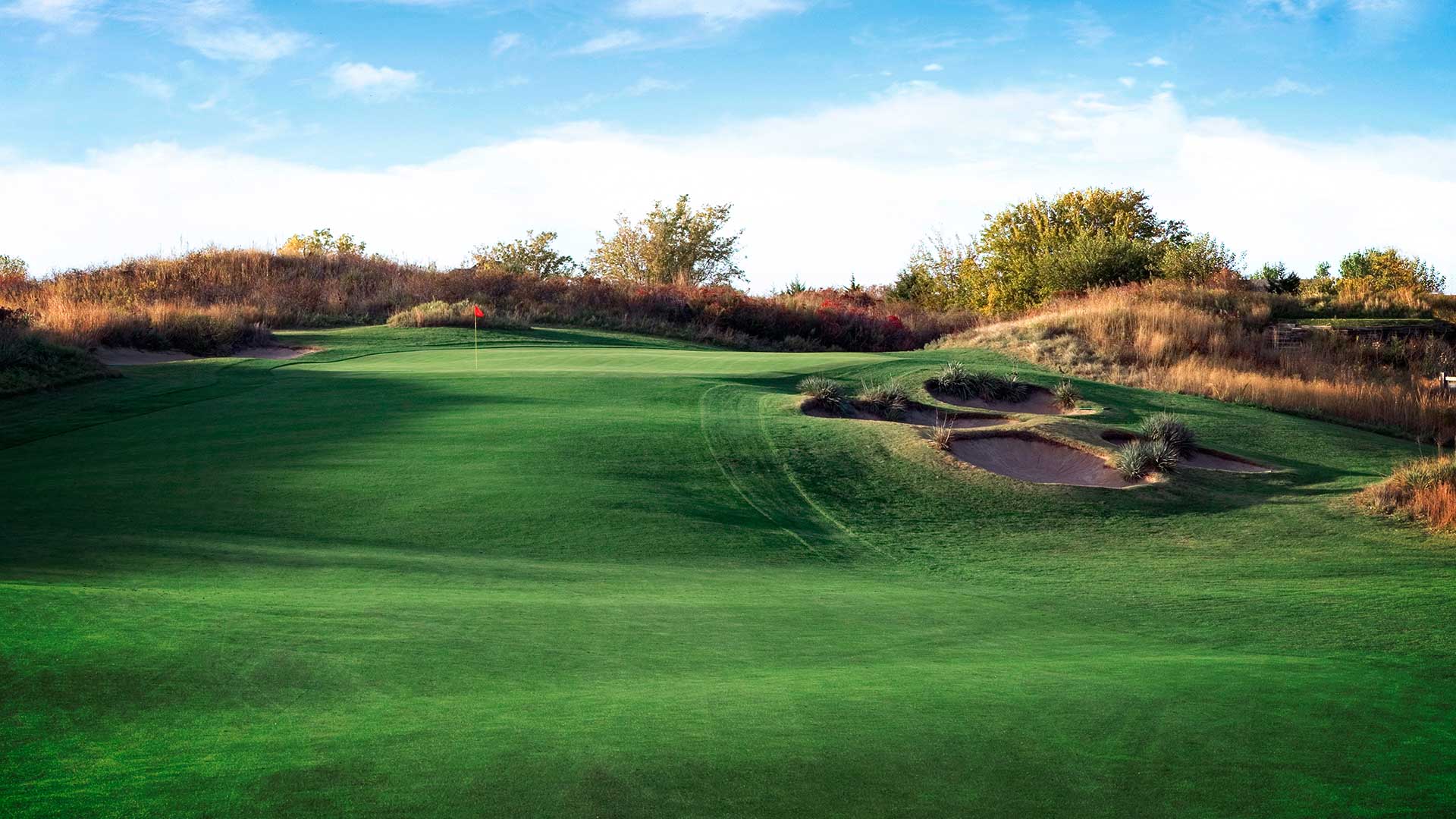