The Club lies in the heart of West Cornwall, most notable for its heritage of tin mining, many relics of which can still be seen in the area. Although only two miles from the North Cornwall coast, the course is very definitely parkland in nature, having been established within the parks of a one-time eminent Cornish family.

In 1922, businessmen from the Camborne-Redruth area leased 75 acres of the erstwhile Bassett Estate and enlisted the help of one of the great Cornishmen, the Open Champion Jim Barnes, to advise them on the layout of the first course. This was in play in October of 1922 and at that time measured what we would now consider to be a meagre 5000 yards. With the equipment of the day and the existence of fine woodland, it would, no doubt, have been as tough a test as the present layout.

Shortly after World War II, the noted golf course architect C.K.Cotton was utilised to design and build some noteworthy improvements, bringing the course to only a little short of its current length of 6241 yards. It should be added that the course, although undulating, is never unduly arduous to walk, the only tough climb being up the difficult par 4 15th hole of 443 yards.

In 1996, the freehold was purchased and in 1998 extensive work was undertaken to provide an improved watering system, which incorporated the building of three lakes, which have a significant presence on the closing holes of the course. Continuous improvement is now a watchword of the Club and the appointment in 2002 of Head Greenkeeper Andrew Eddison should ensure that future improvements are carried out to the highest standards.

The lakes are also now the permanent home of a pair of swans who delight the membership annually by producing a brood of cygnets. Moorhen and Mallard may also be seen there regularly.

Since 1999, thousands of young trees have been planted and when they reach maturity, Tehidy Park will indeed be a tight and demanding course through its entire length.

It is currently a mixture of open holes, some with streams at strategic points, many with tree-lined fairways and 9 holes where out of bounds comes into play. The lakes to which we have previously referred also have a part to play on four holes, especially the 193 yard, Par 3, 17th where a carry from the medal tee of close to 170 yards is required to ensure safety. It is no exaggeration to say that of the thousands who have visited the course over the years, few have left with a view other than that Tehidy Park is a good, fair, test of golf. 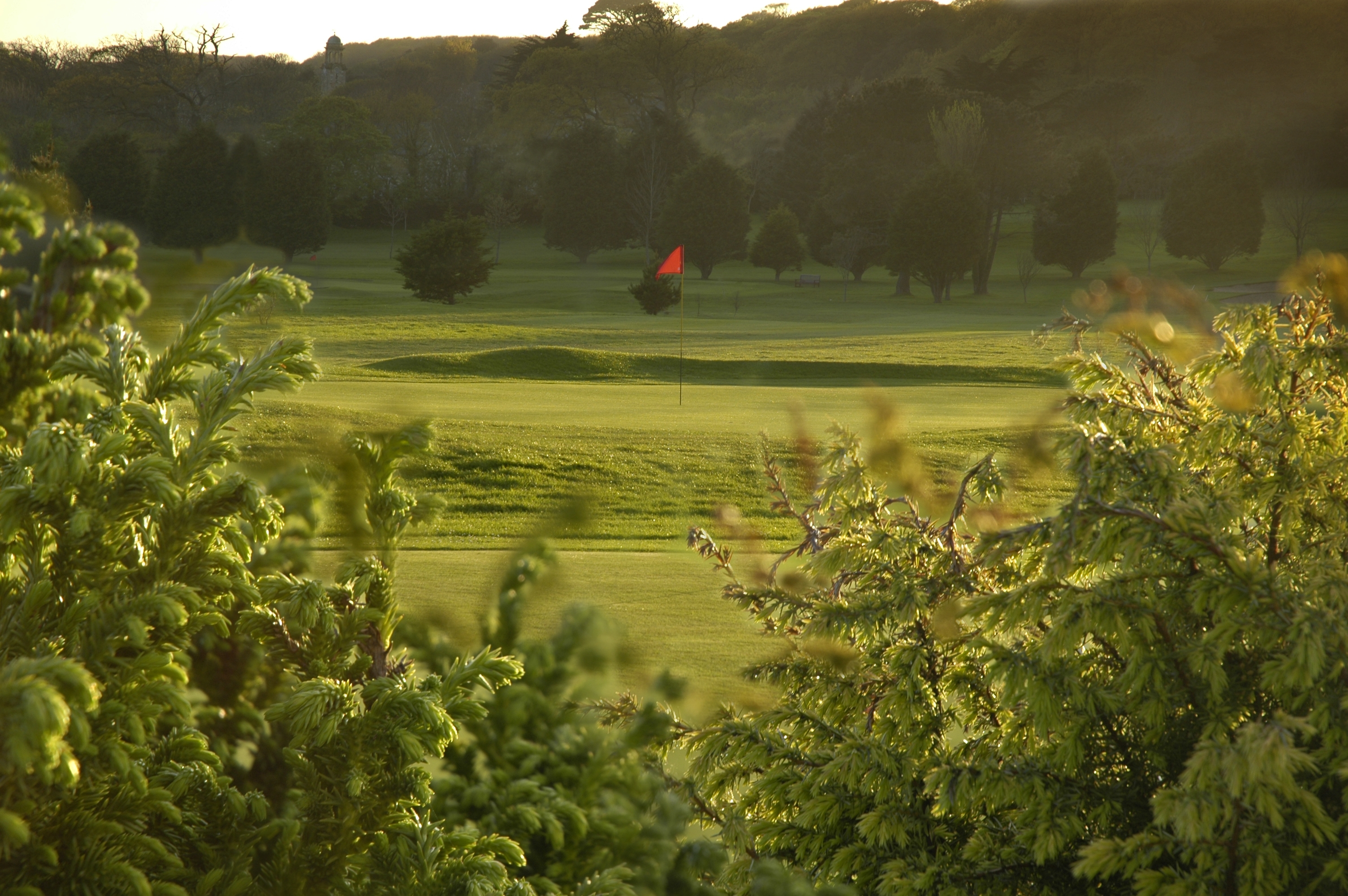