The current site of Coal Creek Golf Resort has had coal mining activity since the turn of the 19th century. This activity has left “scars” from the early mining practices. In 1956, Mr. & Mrs. Nordby became owners of Dodds Coal Mining Company. Their family still owns and operates the current mine operation and are also the one’s responsible for the reclamation project of the original mine site into Coal Creek Golf Resort.

In the early 50s, coal mines were prevalent with 7-8 active coal mines in the area. During the 60’s, natural gas became a more convenient heating alternative. As a result of this change in heating preferences, coal mines started to close thoughout the 70’s, 80’s and 90’s. This pattern resulted in Dodds Coal Mining Company being one of the only domestic coal mines still in operation in all of Western Canada, that being the same coal mine that James & Kathyrn Nordby’s family have operated since 1956.

Two of the Nordby daughters and their husbands, Dayna & Peter Kudrowich & Paula & Don Bowal, took over the mining operation in 1985. Based on the coal sales at the time, the coal reserves were adequate for numerous decades of mining. That all changed in the 90’s when natural gas prices started to climb steeply and many individuals reconsidered the use of coal for thermal heating. As a result, the demand for coal was renewed and the coal reserve at the original mine site was fast depleted. The last load of coal was hauled out of the original Dodds Coal Mine in 2007. The new mine site, which is still operational, was relocated 4 miles east of the present day golf course.

Currently, the third generation is actively involved in both the mining operation and the golf course/ RV project. You are very likely to be greeted by one of them, with a giant smile, as your start your journey on Coal Creek Golf Resort.

The tipple, which is the structure that processed the coal, has been retained and incorporated into the golf course construction. It provides the dramatic launching point for the # 6 black tees. Loads of coal would be hauled from the pits and unloaded onto the tipple. The large lumps of coal would pass through a series of screens and crushing mechanisms, which broke the coal into usable sizes. The crushed coal would then travel up the conveyor belt to the hut (the rounded rusting metal building), where it would undergo further screening and separation. Customers would then drive their trucks under the hut conveyor belt to be loaded with their coal size of choice. This tipple was constructed in 1946 and was still operational when the last load of coal was removed in 2007. A modern processing plant was constructed and is the present site of the #12 black tee box. This processing plant was decommissioned, as it had no historic value.

Prior to early 1970’s, no legislation existed for the reclamation of coal mining. The overburden was simply removed and piled up. The result of this practice provides the unique landscape for holes 6,8,9,12,& 13, which play in and around these “scars”. All of the bodies of water that come into play on these holes are the original coal pits. You are truly playing through coal mining history.

The last open pit, provides the arena for holes # 1,4,5 & 18. As you look out into this area from the # 1 tee box, the coal mining heritage is evident. This history was and is very important to the descendants of the Nordby family and has been carefully captured in the design of the Coal Creek Golf Resort. 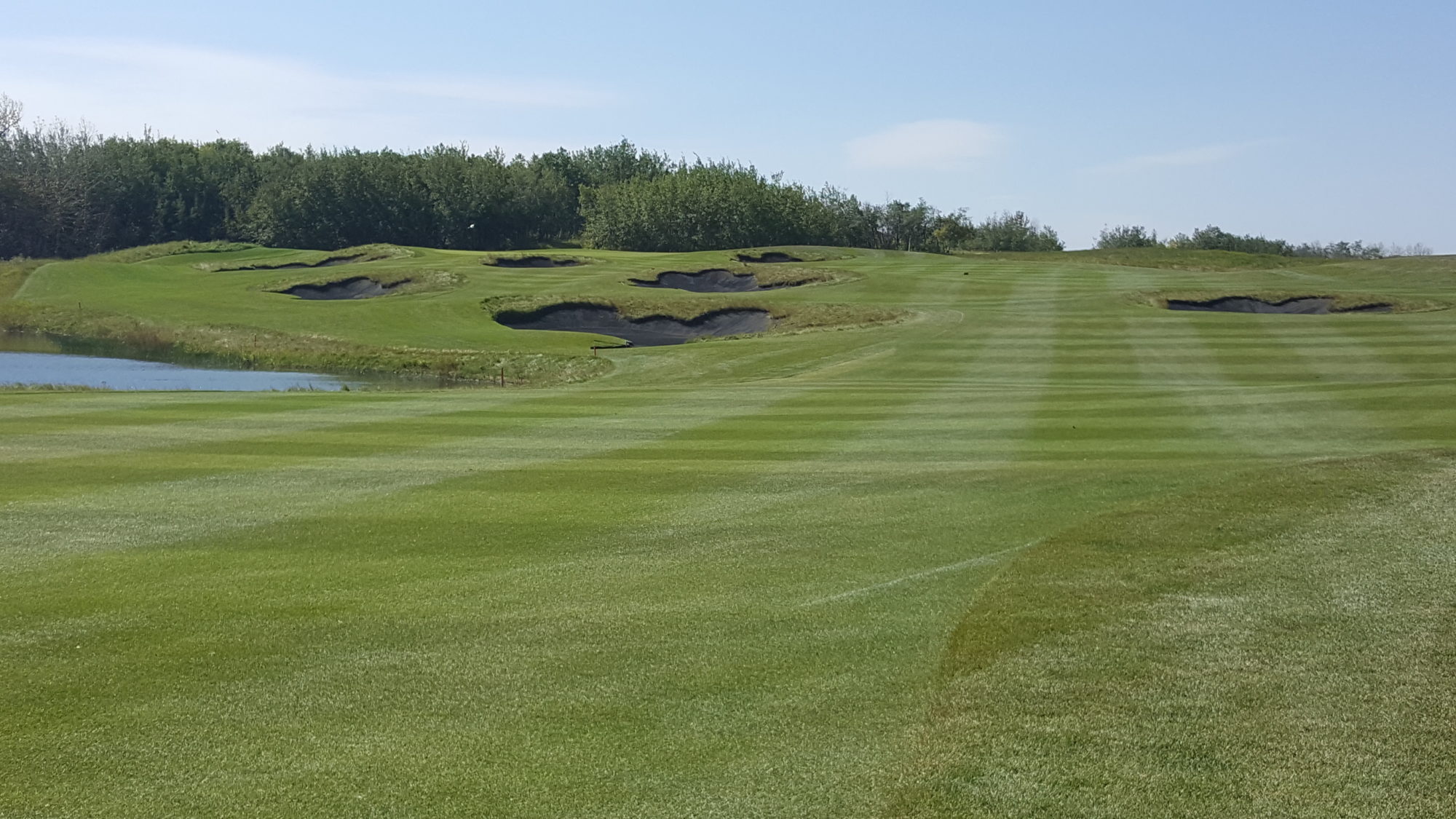 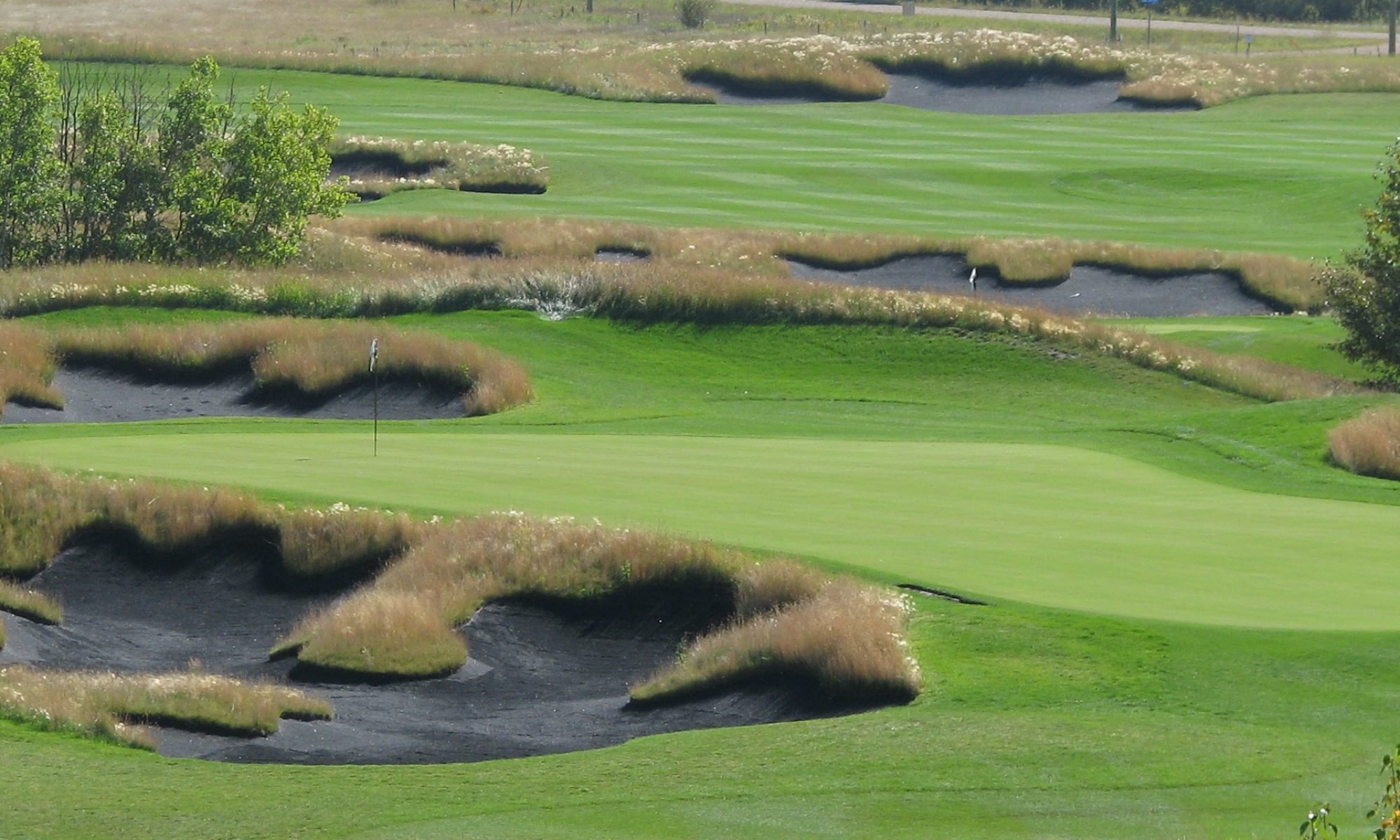 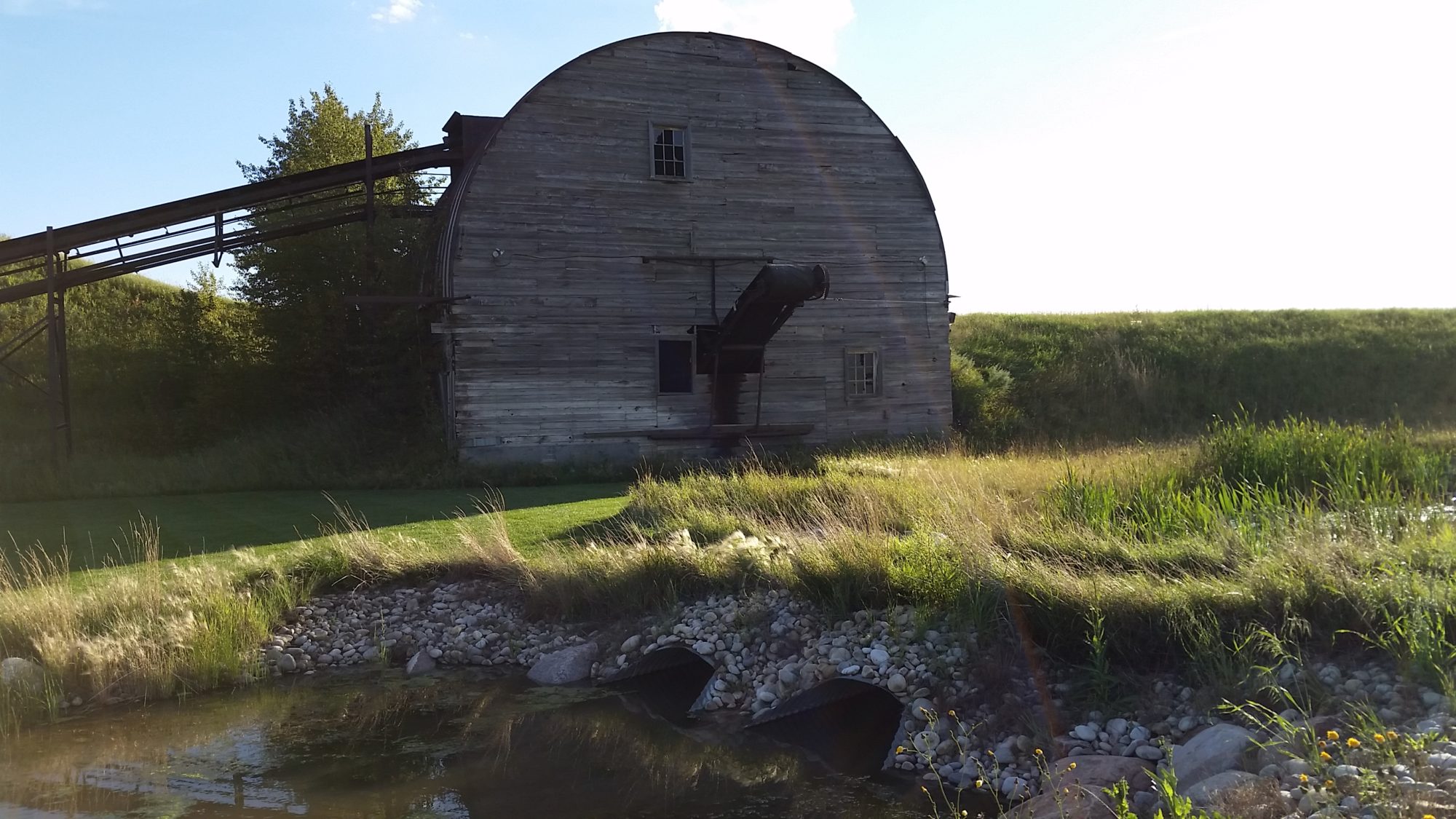 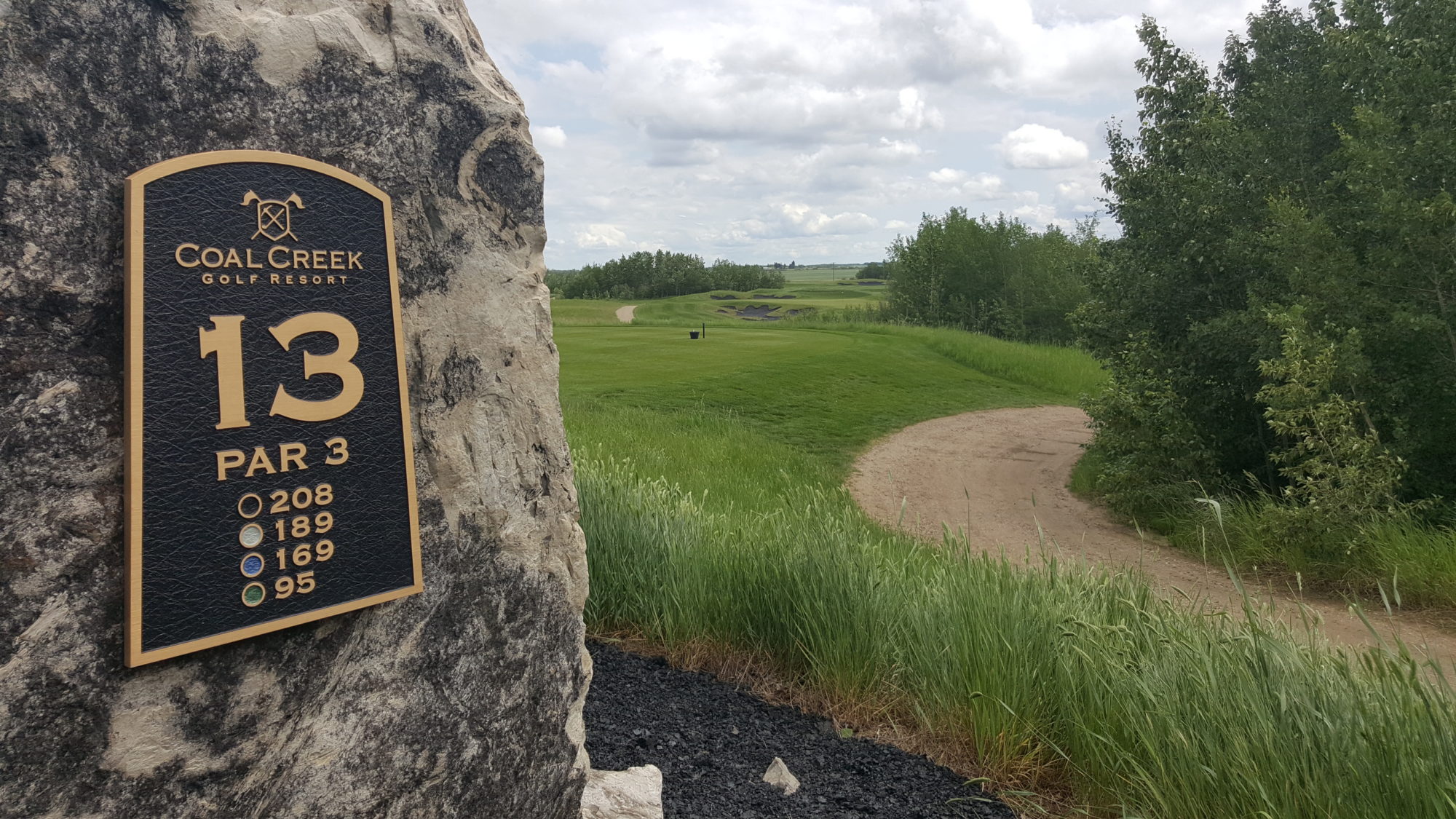