The name Crystal Downs was bestowed on the course by Benjamin P. Merrick, a Grand Rapids lawyer who first visited the site in 1926 and, with Mr. Ewing, likened the view from the hilltop where the clubhouse now stands to an English “downs.”

Following rapid construction of a nine-hole course on the property that opened for play in mid-1927, Mr. Ewing regretfully recognized that the course design did not do justice to the uniqueness of the land that had so inspired his dream from that first glimpse on his hiking trip in 1912. That realization prompted Mr. Ewing to write a lengthy letter to Robert Hunter, who had just published a book on golf course architecture. Mr. Hunter put Mr. Ewing in touch with Dr. Alister MacKenzie, who was just finishing work on Cypress Point Golf Club in California and starting his journey home to England. Through now unquestioned powers of persuasion, Mr. Ewing was able to detour Dr. MacKenzie and his associate, Perry Maxwell, on their train trip from the west to east coast into the hinterlands of northern Michigan. On their way by car from the train station in Grand Rapids north, Dr. MacKenzie at first exhibited little interest and seemed more annoyed than enthused by the diversion. But Mr. Ewing wisely exited the main road straight north and completed the trip to Frankfort along the winding and scenic Lake Michigan coastline. The dunesland along the lake quickly changed Dr. MacKenzie’s attitude, and upon arriving at the Crystal Downs site, Dr. MacKenzie had an instant impression of near perfection for golf, and his newly found enthusiasm prompted him to delay his sail back to London. For roughly ten days, he worked feverishly with Mr. Maxwell, selecting the course routing, painting green complexes and creating the eighteen-hole design that remains essentially unchanged today. Mr. Maxwell returned in the spring to supervise the commencement of the course construction, and subsequently returned each summer, living in a farm house aside what is now the 8th fairway, until 1933 when the back nine was finally completed.

The course was designed to use the natural, hilly terrain as the basis for the layout, with no artificial features. The minor earth-moving needed was accomplished by use of a pond sledge and a team of mules, which treasured photographs show Mr. Maxwell directing in his characteristic oil skin long coat and wide brimmed hat.

The English cottage style clubhouse graces one of the highest points of property, overlooking both Crystal Lake and Lake Michigan. The building was designed by Grand Rapids architect Alexander McColl, who also designed a number of unique homes on the club grounds and in Frankfort. The clubhouse officially opened with a party on July 4, 1929.

Until the mid-1980s, Crystal Downs often was referred to as Michigan’s “hidden gem.” Its somewhat remote location and rather small membership kept the course out of the limelight of some of MacKenzie’s more notable designs at Augusta National, Cypress Point and Royal Melbourne in Australia. That lack of notoriety changed in 1986, though, when a young Ben Crenshaw took a day off from the Buick Open to fly on a private jet to Frankfort and experience Crystal Downs with a local acquaintance. Ben went on to win that year’s Buick Open, and he followed his victory with public comments and articles about his great time at Crystal Downs and his admiration for the course design. The club’s history since that time has been followed by golf enthusiasts around the globe, and the course has been privileged to be ranked highly in numerous top 100 lists of several respected publications. In 1997, Crystal Downs became a founding club member of the Alister MacKenzie Society, an international organization purpose of which is the preservation of Dr. MacKenzie’s writings, course designs and related historical material. 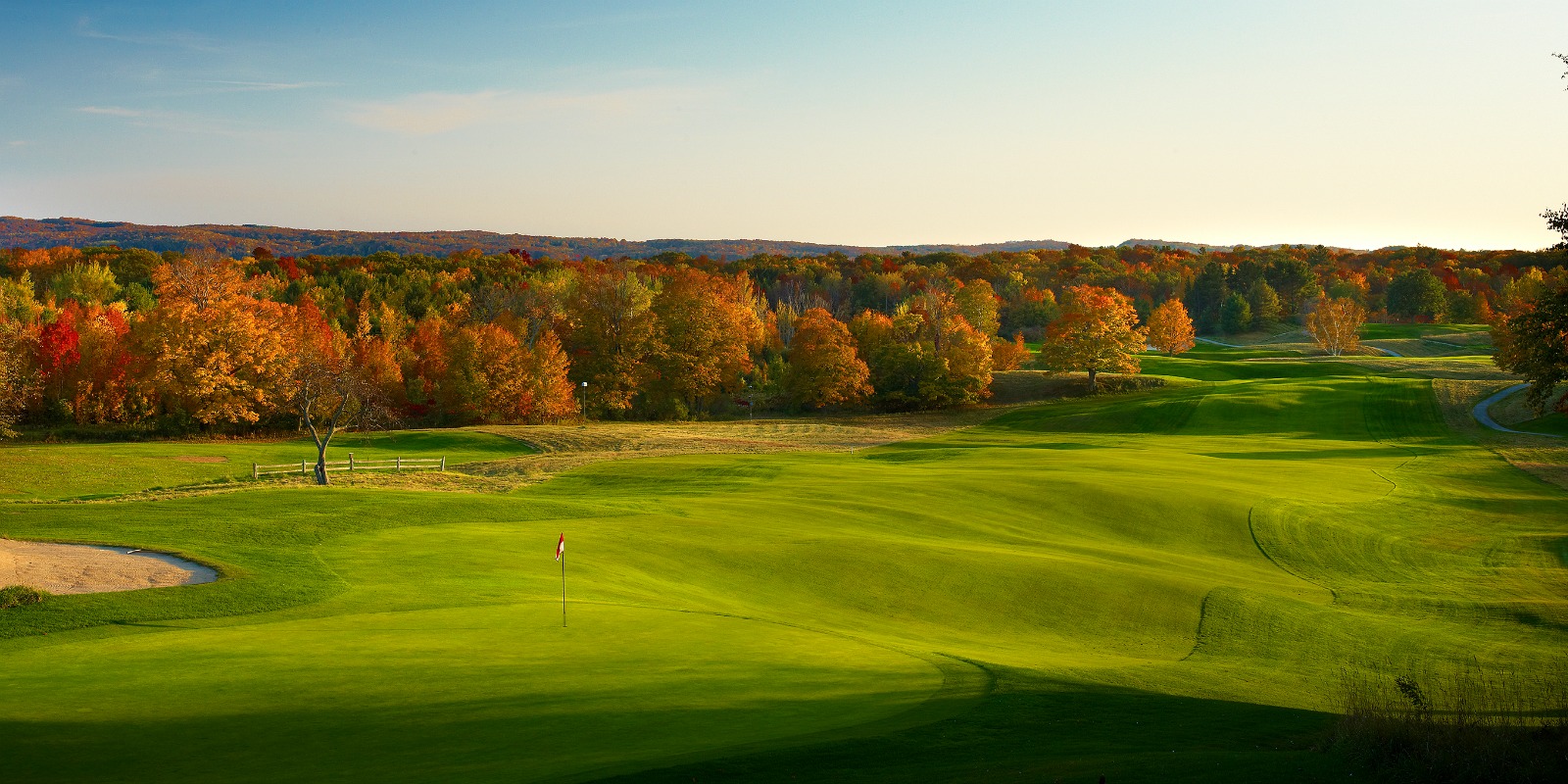 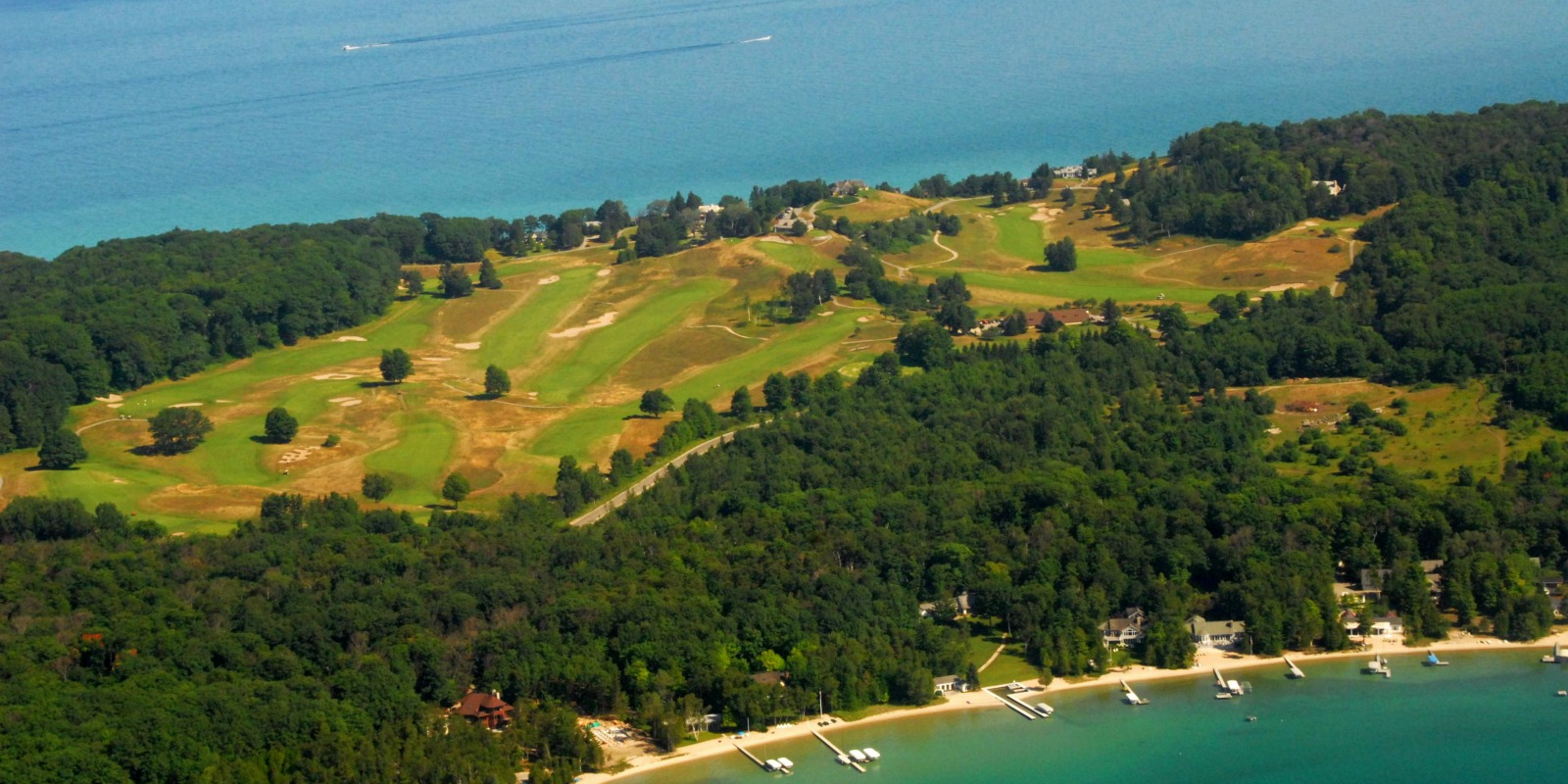