The two golf courses at Torino golf club were created in 1956, designed by British architect John Morrison, who handled the creation of the first 18 holes.
This was a key event in the club’s history, because the golf club’s site acquired that unique British character which still sets it apart today. This special character is also due to the fact that, at Torino golf club, ‘everything is built around golf’: there are no roads or buildings, or any obstacles to playing golf, except for unspoilt natural surroundings. In the years that followed its grand opening, thanks to designs developed by Studio Harris and architects Marco Croze and Graham Cooke, the course was extended to 27 holes and later to the current 36 holes, divided into two courses: the Blue course and the Yellow course.

The Club House at Torino La Mandria golf club was built in the late 1950s and was designed by Attilio Biral.
The Club House boasts a bar and a restaurant, run by the Garino family.
Outside there is a swimming pool (only open to people accompanied by club members). 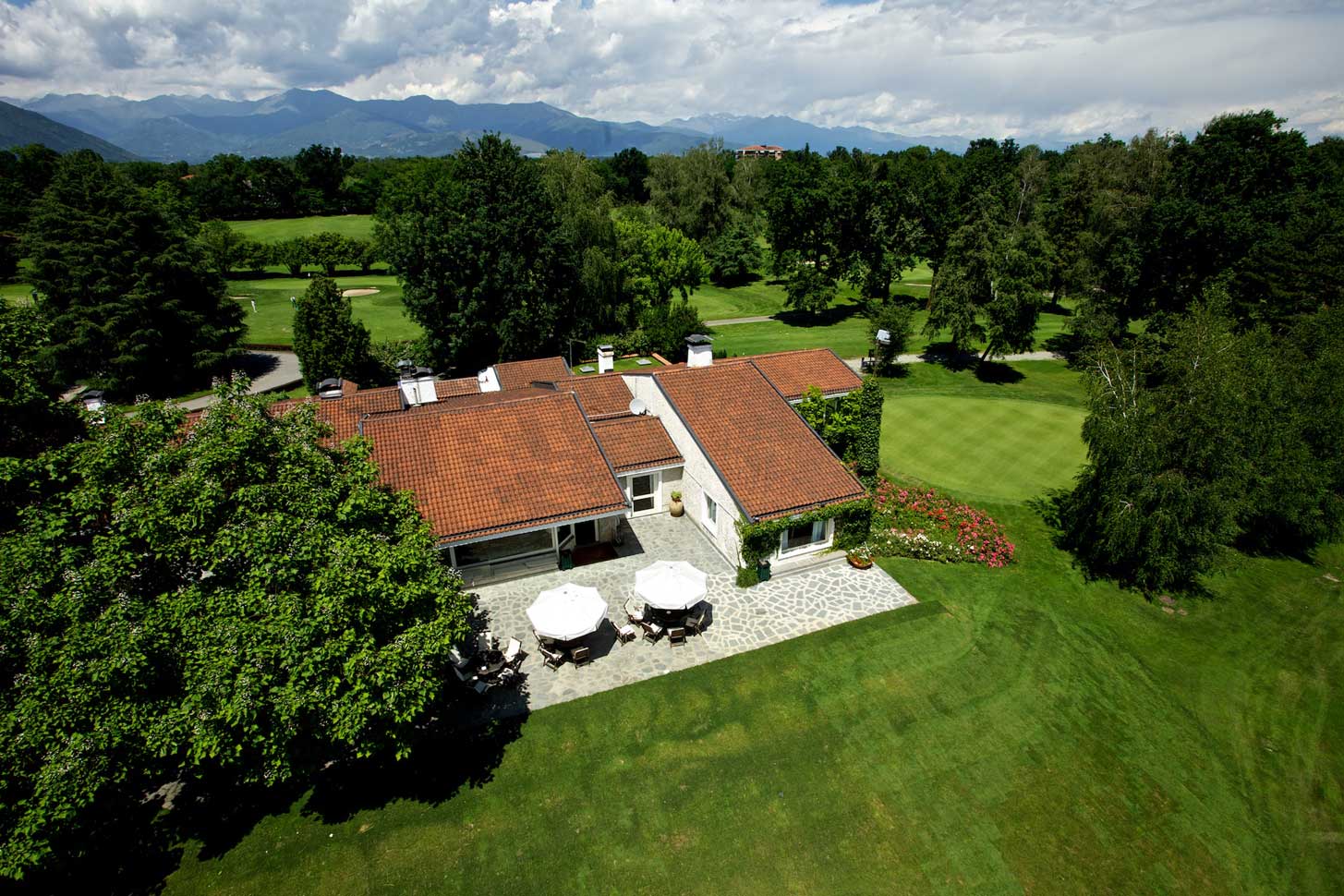