The mild climate of the Tuscan Maremma and the presence of hot springs makes the golf course at Terme di Saturnia the ideal place for playing all year round.

This golf course, which respects the natural lie of the land, is the only one in Italy signed by Californian architect Ronald Fream of the Golf Plan team. The course has been designed in full compliance with the regulatory norms safeguarding the local flora and fauna: Terme di Saturnia Golf has obtained the prestigious GEO Certification, one of the most sought-after worldwide.

A championship course of 6,316 metres extending over 70 hectares of hilly land, set in the heart of the Maremma countryside surrounded by the colours of nature which transform the scenery with each passing season. Every hole has an identity of its own and, as always occurs when a course has a special character, the memorization of its layout is immediate: once the 18 holes have been completed, it is hard to forget the ponds, the streams, the large bunkers sculpted in the fairways, the uneven and spacious greens and the landing areas which require intelligence and precision in the choice of which club to use for the starting shot.

Only thanks to a strict compliance with norms that protect the local environment, has it been possible to create such a spectacular course where, in the early hours of the morning, it is not unusual to come across roe deer, porcupines, hares, pheasants and the numerous bird species which inhabit the Maremma. The green valley of Saturnia, the breathtaking landscape and the presence of forward tees at all holes make the game an exclusive and unforgettable experience. Its underlying philosophy is based on the concept that wellbeing derives from the enjoyment of the game: the golf course has to stimulate a well exercised player while also amusing those who are not quite so expert. 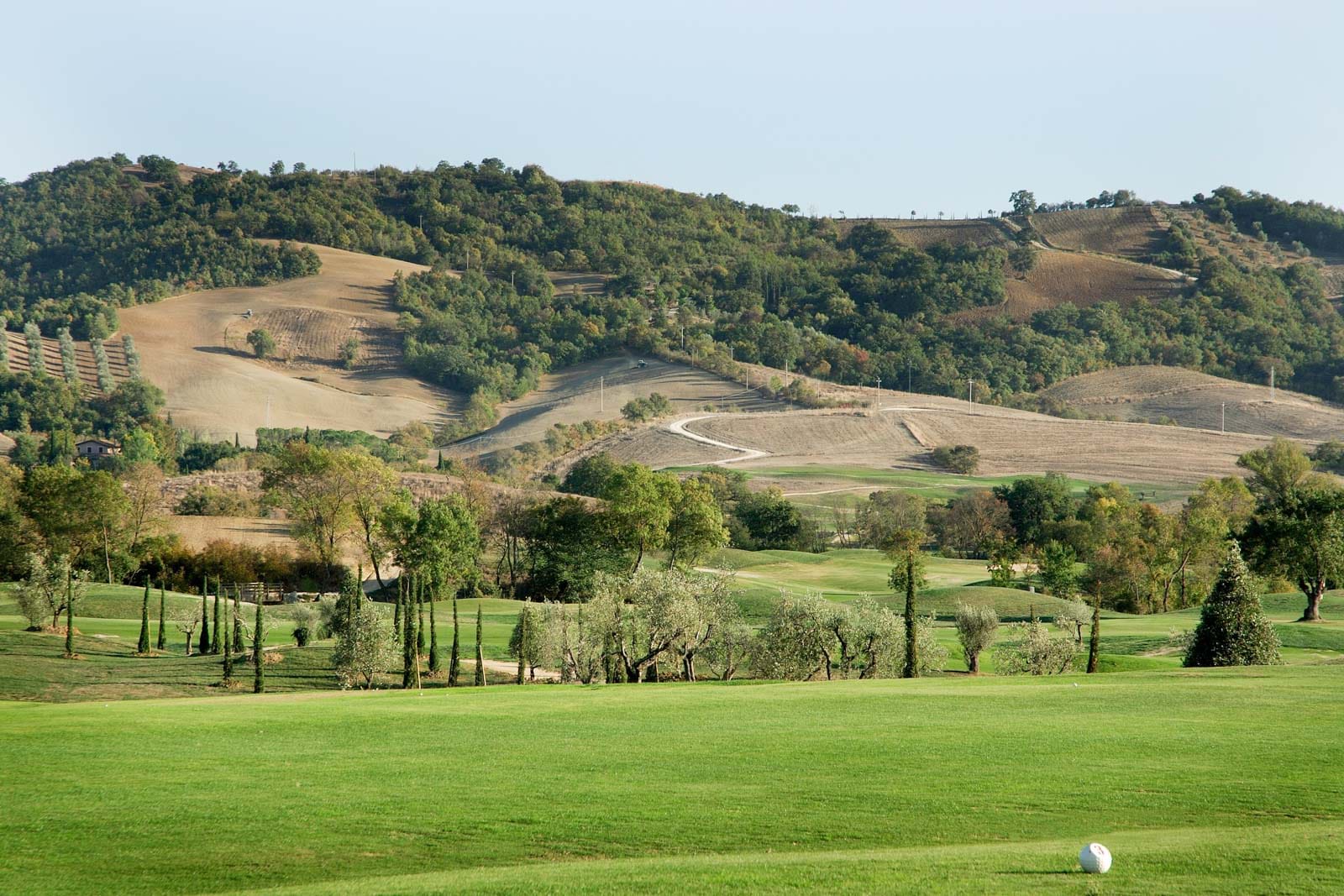 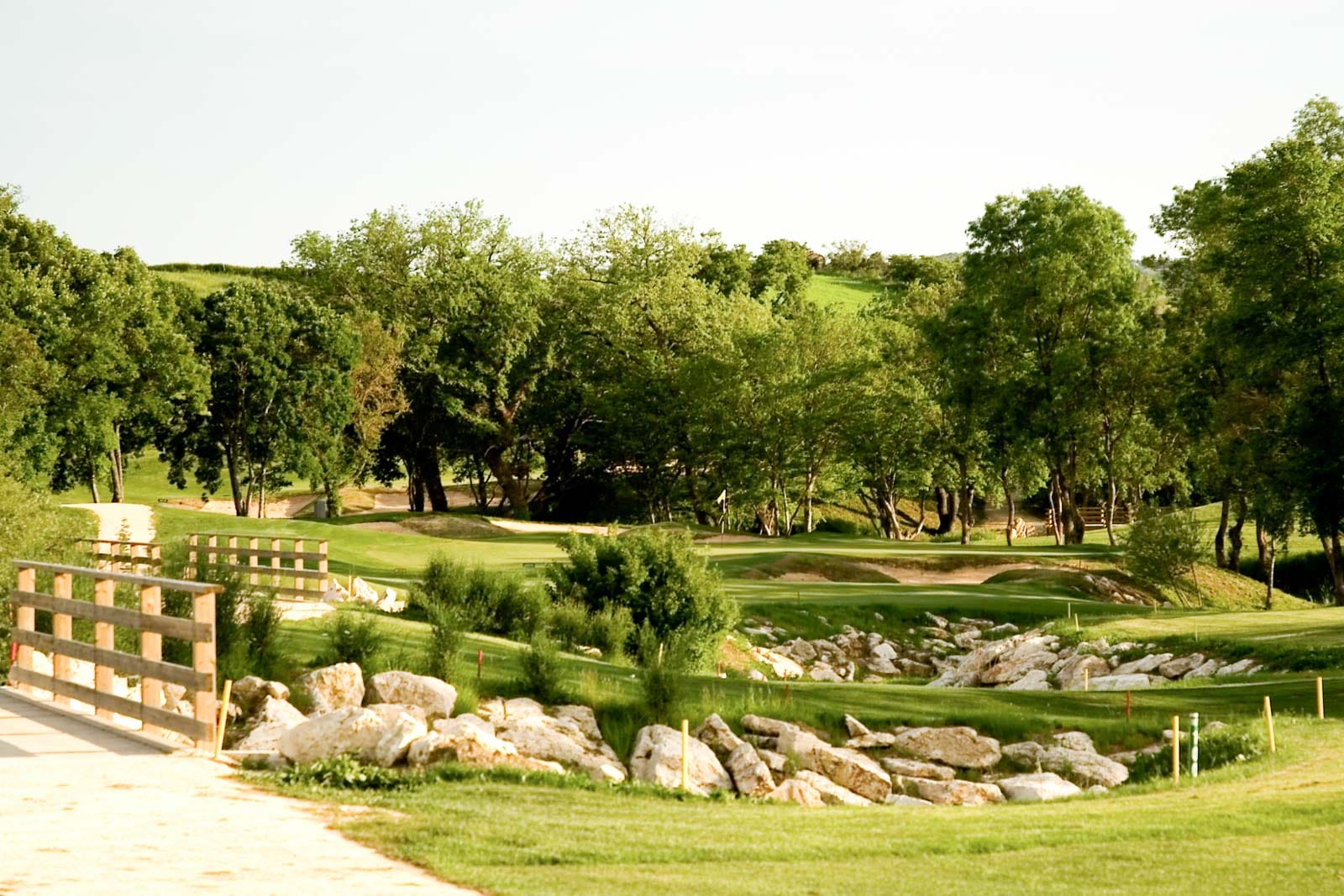 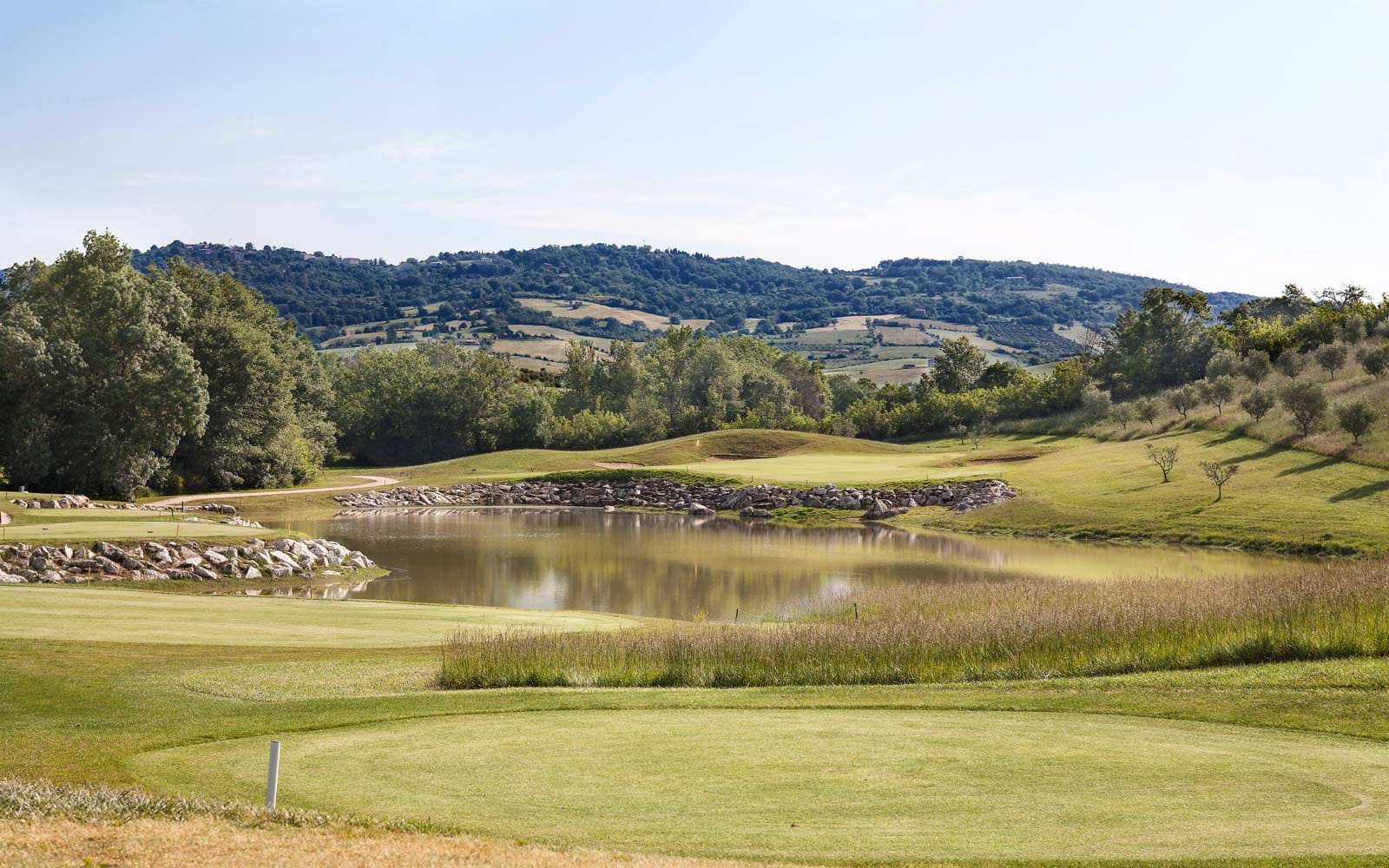 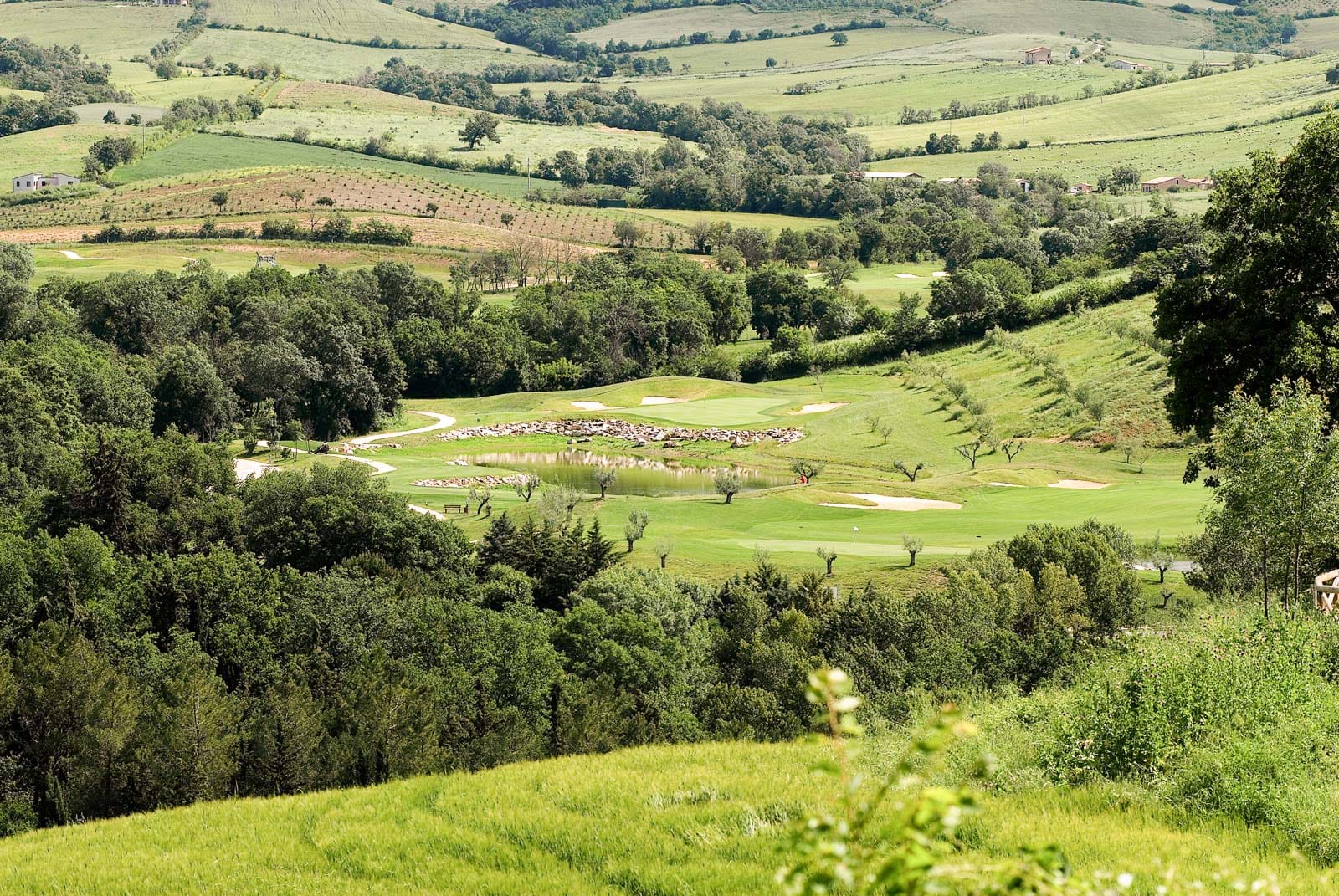